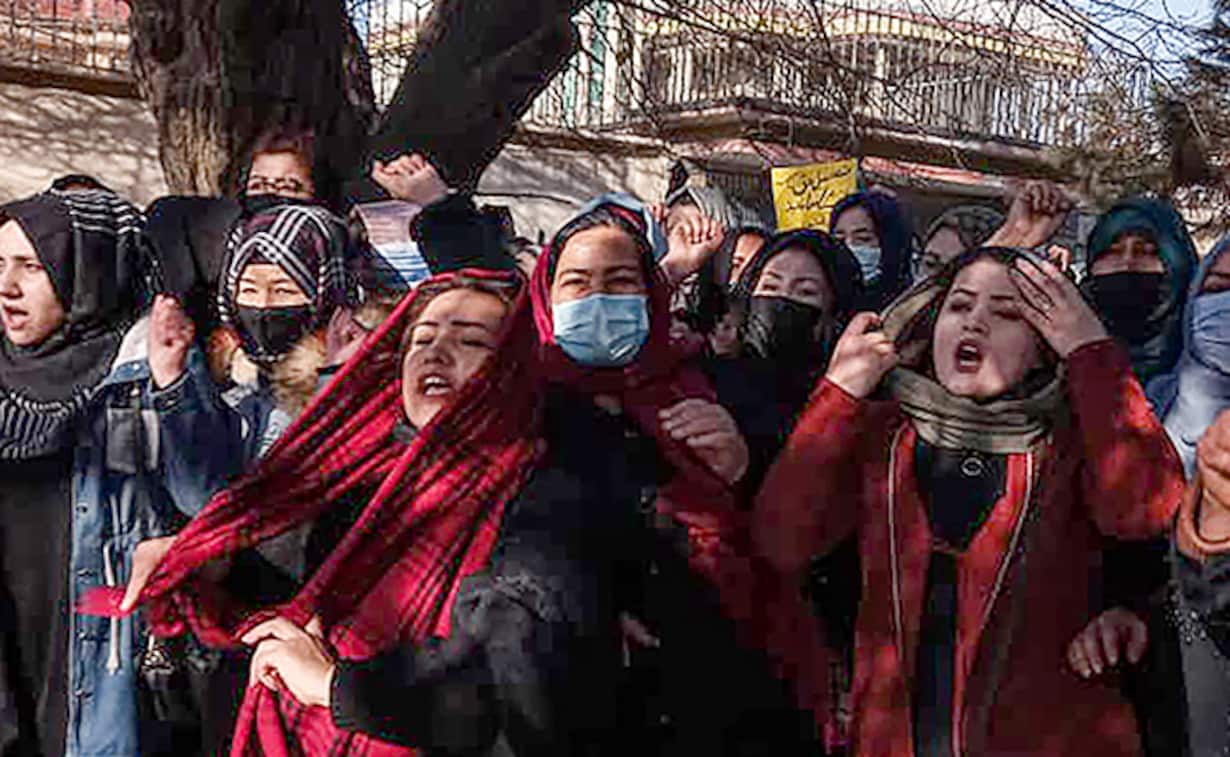 Girl students sought consolation from friends and family as they digested news of the university ban by the Taliban.

Kabul: Women university students across Afghanistan were in disbelief, barred by the Taliban from studying and condemned to a life of feeling “like caged birds”.

In Kabul, home to the country’s largest universities, students gathered outside campuses dressed in the black cloaks and tight headscarves imposed by the Taliban since they took control last year.

Elsewhere, students sought consolation from friends and family as they digested news of the university ban.

“We all felt like caged birds, we hugged each other, screamed, and cried ‘why is this happening to us’?” Amini, a 23-year-old nursing student in Kunduz, told AFP.

She was with her three sisters — two already barred from secondary school and another studying for a degree — when social media exploded with the news of the late-night order.

Faculties across the country were already closed for the winter break, but students had been able to access campuses for exams or to study in libraries.

In Kandahar, the cradle and spiritual heart of the Taliban movement, male students were able to sit exams in classrooms still segregated with screens, which until the day before made it possible for women to study.

Now, the university gates shut them out.

A Taliban guard told AFP that some women had not been aware of the exclusion until the morning.

“My sister is studying computer science… I didn’t inform her last night. I know she would be traumatised,” said a young male law student in Kabul, who asked not to be named for fear of reprisals.

“It really expresses (the Taliban’s) illiteracy and poor knowledge of Islam and human rights. If the situation continues like this, the future will be worse. Everyone is scared.”

In the eastern city of Jalalabad, some male students walked out of their exams in protest against the decision.

Upon their return to power, the Taliban had promised to be more flexible, but they quickly re-enforced a harsh interpretation of Islam that had marked their first stint in power between 1996 and 2001.

The restrictions on women have multiplied in recent months. They are banned from most government jobs or paid a pittance to stay at home, not authorised to travel alone outside their city, and are excluded from parks and gardens.

“We have no power to do anything and there is no one to listen to us,” said one 29-year-old, who is doing a masters in Pashto literature in Kabul.

“We can’t protest, we are hopeless. In every aspect of life we are doomed,” she told AFP.

“We don’t have jobs, we can’t go anywhere, and we can’t leave the country. We have lost everything.”

Deep in anguish, she still clung to the hope that the Taliban — whose restrictions on women have only become increasingly severe — would row back on the announcement after the winter break.

“We will wait for the next three months to see if they change their order. They might change their policies and restart the universities.”

If they do not, she called on men to stop attending classes in protest.”They too must stay at home until the girls are allowed to go back,” she pleaded.