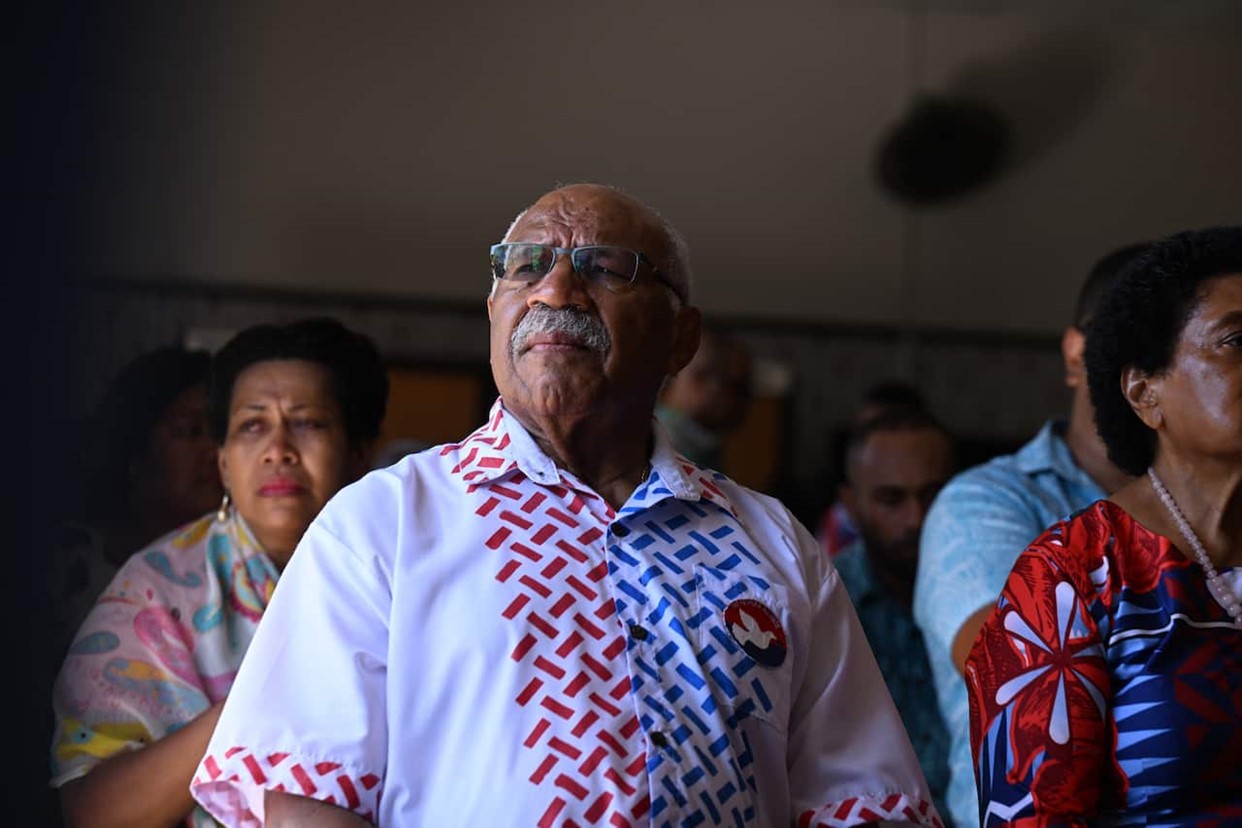 Fiji’s parliament has voted in Sitiveni Rabuka as the new prime minister after the former coup leader solidified his numbers in a tripartite coalition.

Sitiveni Rabuka has officially been voted in as Fiji’s new prime minister, ending the reign of Frank Bainimarama after 16 years.

The Fijian parliament voted Mr Rabuka in on Christmas Eve after days of political turmoil with the previous FijiFirst government refusing to concede, and the army called in to help police maintain law and order.

He won the ballot 28 votes to 27 against Mr Bainimarama.

Mr Rabuka got the numbers to rule in a tripartite coalition headed by his centre-right People’s Alliance party.

The more liberal democratic National Federation Party added its five seats to the tally while the kingmaking, Indigenous-focused Social Democratic Liberal Party (SODELPA) sided with the coalition after days of deliberations.

FijiFirst commands 26 seats and People’s Alliance 21 in the 55-member parliament.

National Federation Party leader Biman Prasad nominated his chief for the speakership, with the speaker coming from outside of parliament.

One SODELPA member voted against Mr Rabuka and the coalition’s nomination of the speaker.

SODELPA’s management board said the directive to vote for the coalition was legally binding after the democratic vote, with the man who crossed the floor now likely to lose his seat in parliament.

The board had to reconvene and vote a second time this week after non-current members voted in the first ballot.

Mr Bainimarama and the police commissioner had seized on reports of stonings against minority Indian Fijians to bring in the army to assist in maintaining law and order in the coup-marred nation.

Few details of the attacks have been revealed.

Opposition parties have cast doubt about the severity of the reports, with Mr Prasad saying the reports were exaggerated.

He said Fijians were united and behind the new government, with there being a sense of excitement and exuberance in the community.

“We want to create a new style of government,” said the man who had criticised Mr Bainimarama for being dictatorial.

“We are going to unite the people of this country.”

Indo-Fijians are using the hashtag FijiIsUnited, writing on social media, “I fall in the minority group in Fiji and I have felt completely safe in the lead up to elections, during elections and post-elections”.

Tensions between Indigenous Fijians – about 60 per cent of the population – and Indo-Fijians, the descendants of indentured Indian labourers who make up about one-third, have marred politics.

This article was made possible through the Melbourne Press Club’s Michael Gordon Journalism Fellowship Program.