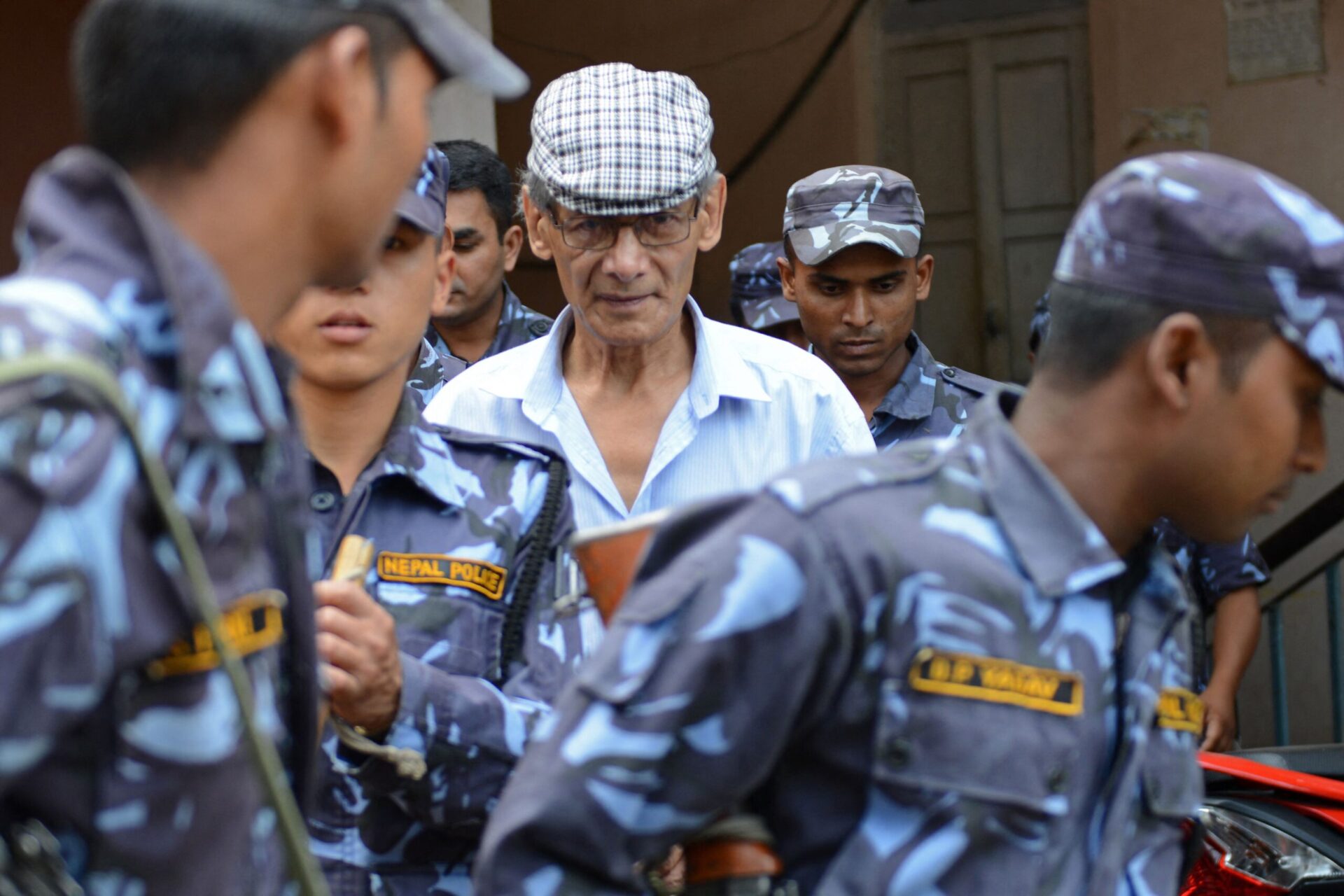 Sobhraj took a regular flight to Doha en route to Paris after Nepal’s Supreme Court ordered his release from prison, where he served 19 years of a 20-year sentence, citing his age.

Charles Sobhraj, a convicted killer who police say is responsible for a string of murders in the 1970s and 1980s, was released from a Nepal prison on Friday after nearly two decades behind bars.

The 78-year-old French national is suspected of killing more than 20 Western backpackers on the “hippie trail” through Asia, usually by drugging their food or drink in the course of robbing them.

The Himalayan nation’s Supreme Court had on Wednesday ordered his release from prison, where he served 19 years of a 20-year sentence, citing his advanced age.

After his release, Sobhraj told the news agency AFP, “I feel great… I have a lot to do. I have to sue a lot of people. Including the state of Nepal.”

Sobhraj was born in Saigon on 6 April 1944, to an Indian father and a Vietnamese mother who later remarried a Frenchman.

In 1963, he embarked on a life as an international crook, which took him to Greece, Turkey, Iran, Pakistan and Afghanistan.

In 1970, he moved to India, where he was arrested a year later for a jewellery heist. He fled while out on bail and went to Greece, where he also managed to escape after being arrested.

Sobhraj had been held in a high-security prison in Kathmandu since 2003, when he was arrested on charges of murdering US tourist Connie Jo Bronzich in 1975.

He was dubbed the “bikini killer” in Thailand and “the serpent”, for his evasion of police and use of disguises.

He has been the subject of several dramatizations, including a Netflix and BBC joint production released last year.

While in prison, Sobhraj married Nihita Biswas, a Nepali woman 44 years his junior, in 2008.

“I’m happy and have great respect for our judiciary and Supreme Court,” Sobhraj’s mother-in-law Sakuntala Thapa told Reuters’ partner ANI after news of his release was announced.

Sobhraj has denied killing the American woman, and his lawyers said the charge against him was based on assumption.

He was also suspected of many more murders, including in Thailand, where police say he allegedly drugged and killed six women in the 1970s, some of whom turned up dead on a beach near the resort of Pattaya.

Sobhraj was jailed in India for poisoning a group of French tourists in the capital, New Delhi, in 1976, before he could stand trial on the charges against him in Thailand.

He escaped from India’s Tihar jail in 1986 after drugging prison guards with cookies and cakes laced with sleeping pills.

Police arrested Sobhraj days later at a restaurant in the Indian beach holiday state of Goa.

“I walked up to their table and said, ‘you are Charles'”, Madhukar Zende, the police officer who caught him in Goa, told The Indian Express newspaper in an interview published on Friday.

A statue of Sobhraj stands at the restaurant in Goa to this day. He was jailed in India until 1997 when he returned to France.

Born to a Vietnamese mother and an Indian father, he was described by his associates as a con artist, a seducer, a robber and a murderer.