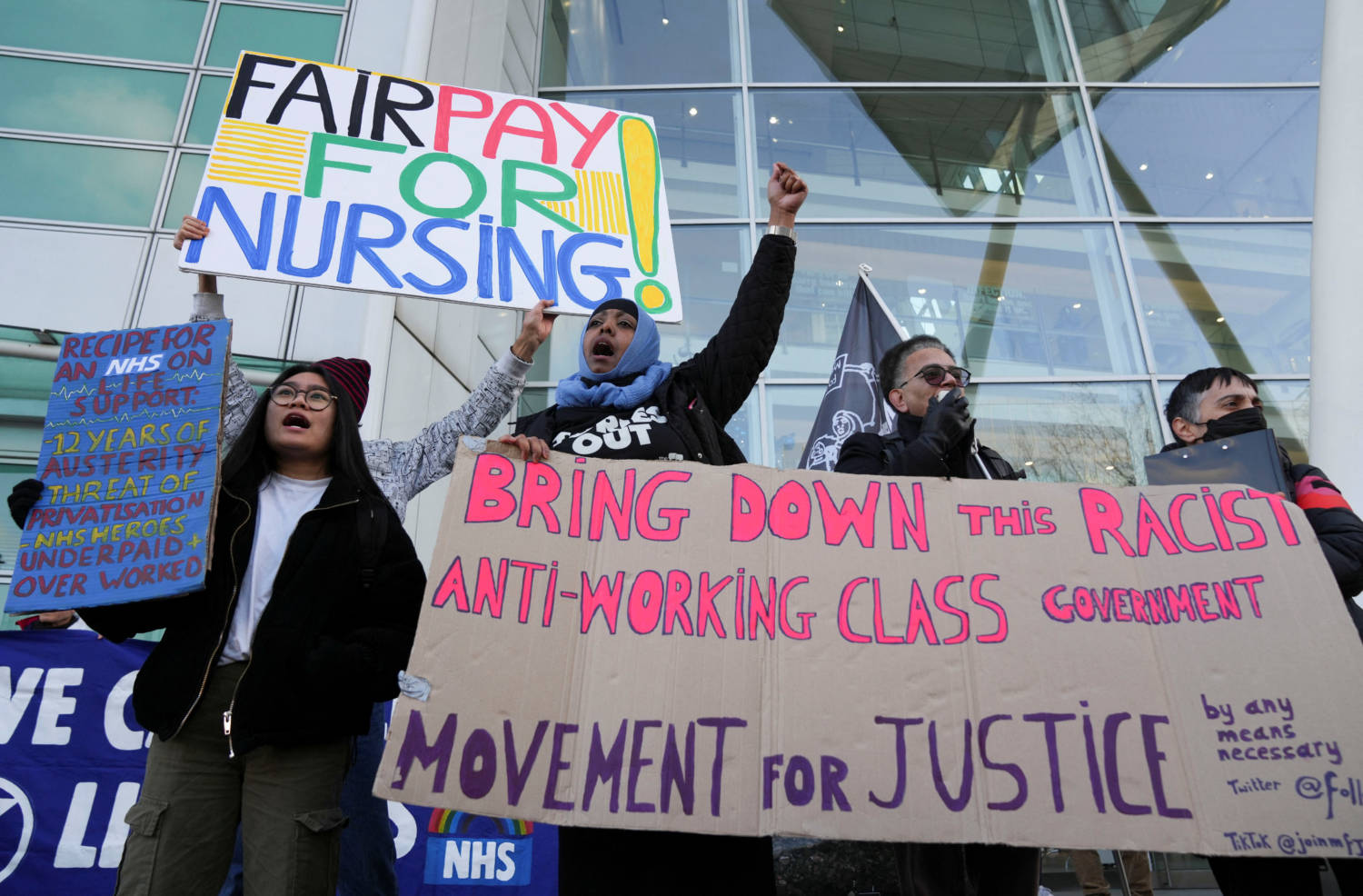 Britain’s health workers on Friday announced a fresh round of strikes in January, with their long-running dispute over pay and conditions with the government set to continue into 2023.

British Prime Minister Rishi Sunak told reporters he was disappointed about the disruption caused by strikes, adding that he was trying to “make the right long-term decisions for the country for everybody’s benefit.” The Royal College of Nursing (RCN) said thousands of its members would strike again on Jan. 18 and 19 over pay after walking out on two days in December. “I do not wish to prolong this dispute but the Prime Minister has left us with no choice,” RCN General Secretary Pat Cullen said on Friday.