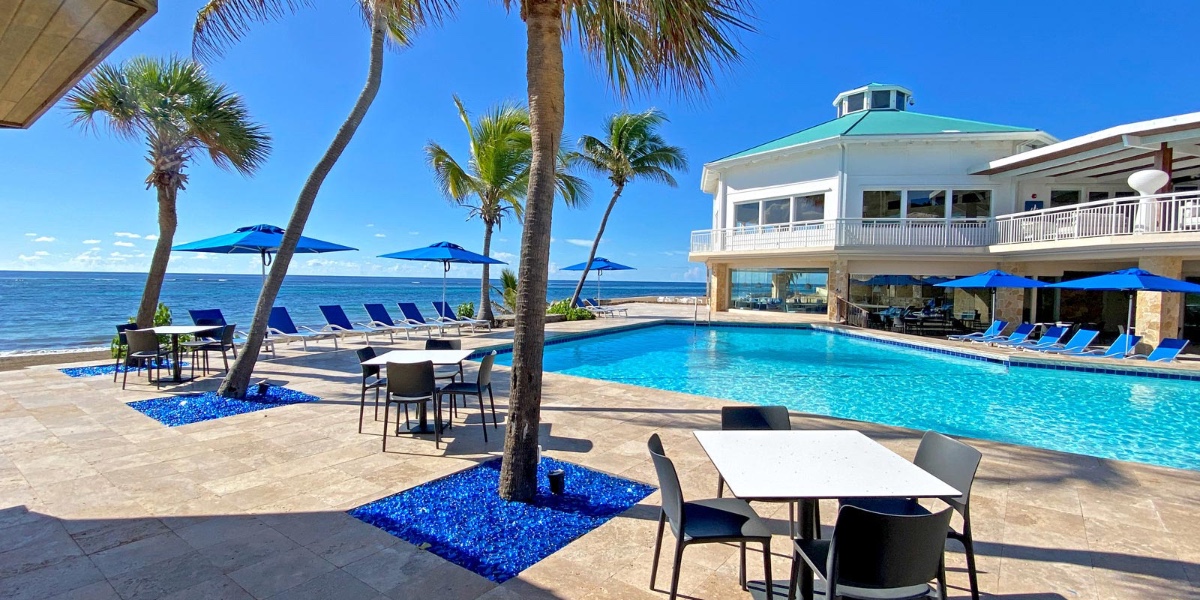 Historically, fall has been a slower time for all-inclusive resorts, but both Club Med – the pioneer in the all-inclusive concept – and Sandals Resorts tell USA TODAY they’ve seen an increase in fall bookings in the past few years.

“This fall season is shaping up to be one of our best ever – and that’s on the heels of a stronger-than-ever 2021 fall season in which many of our resorts generated twice as much demand from prior years,” said Adam Stewart, CEO of Sandals Resorts International.

What makes Winters and savvy travelers willing to travel during a time that’s synonymous with tropical storms? They’ve discovered one of the hospitality industry’s best-kept secrets: Fall is the best season for an all-inclusive vacation. Here’s why.

According to Amélie Brouhard, Vice President of Marketing for Club Med, the increase in fall demand that resorts are seeing is “fueled by people looking for the best deals.”

Often, rooms are significantly cheaper during the fall months. For example, seven nights in November at the brand’s newest resort, Club Magna Marbella, start at $2,408. In April, seven nights will set you back $3,729, and in July? Expect to pay at least $4,571. Meanwhile in Mexico, nightly rates in October at the new Hilton Cancun, an All-Inclusive Resort start at $462. That same room in January goes for $674.

Annie Davis, president of Palm Beach Travel, says the Caribbean’s unpredictable fall weather is one reason for such steep discounts.

“During September and early October you can see rates as low as 35 percent off or you’ll get a 3rd or 4th night free,” Davis explained. For her clients, deals are a critical factor when it comes to deciding on a destination. “We are seeing that most travelers are looking for more value due to inflation.”

Davis recommends booking in mid-October which is near the tail end of hurricane season.

What do you do in the event of a hurricane? For starters, hopefully you have comprehensive travel insurance that covers weather-related delays and cancellations. Secondly, take advantage of travel waivers and be flexible with dates.

Winters said airlines and resorts usually allow her to arrive a few days earlier or later if her original dates happen to fall during the middle of a storm.

“Fall is a wonderful time to stay at an all-inclusive resort, as you can enjoy quieter hotels and more availability for excursions,” said Scott LePage, president of Americas at Wyndham Hotels & Resorts.

Like many hotel brands embracing the all-inclusive model, Wyndham recently added a new chain of all-inclusive, Wyndham Alltra, to its portfolio.

Results that are less busy are largely the result of schools being back in session. Most families don’t travel unless their kids are on break.

Off-site activities, usually limited to a certain number of people, also tend to fill up fast during the high seasons of summer and winter. Brouhard says Club Med guests who visit in the fall get to enjoy smaller group sizes on excursions. They also have a much better chance of getting their first choice of room and have the freedom to spread out more around the resort itself. Anyone who has ever been to an all-inclusive during the height of summer knows the struggle that is trying to find front-row lounge chairs at the pool.

Tropical storms aside, late September through early December can be a magical time to experience Mother Nature.

At Club Med Quebec, which debuted last December, guests who stay during September and October are treated to spectacular fall foliage. At Club Med Miches Playa Esmeralda in the Dominican Republic, early December marks the beginning of whale watching season. Meanwhile in Mexico, October and November are the last two months to observe sea turtles nesting and hatching in the wild. They won’t be back at these beaches until the following May.

Then there’s the fact that fall weather – storms aside – tends to be more pleasant than summer’s intense heat.

“We do see a tremendous uptick in demand when temperatures start to drop and we enter the first quarter of the year,” Stewart said. Fall in the Caribbean is also marketed as the green season. Plants are lush, vibrant and flowering – in other words, more Instagram-worthy.

The biggest advantage of flying during the fall is paying shoulder season fares.

Data from Hopper, the online booking platform, suggests airfares should decrease from this summer’s record-high prices, averaging less than $300 round-trip for domestic itineraries booked this month.

“Domestic airfare this fall will drop to $286 this August, down 25% compared to the airfare peak in May of this year, in line with 2019 prices,” the firm said in its third-quarter travel index. “Airfare will remain at or below $300 through late September, before beginning to rise slowly in October and November.”

According to FareCompare, seasonal price drops – on both domestic and international airfares – start in August before dropping again in September. If you’re headed to Mexico or the Caribbean, fly in October (ideally, on a Tuesday or Wednesday). That’s when fares are lowest, according to a CheapAir.com study.

Considering an all-inclusive in Africa or The Middle East? The same study cites November as the cheapest month to fly. While fall isn’t the cheapest time to fly to Europe (winter is), it’s much more affordable than summer. For example, on Google Flights a roundtrip ticket from New York to Marbella, Spain starts at $470 in October. By June, the lowest fare available climbed up to $621. In essence, that’s an extra $161 that could be spent at the resort.

After all, despite their name, every all-inclusive has at least something that’s not included.