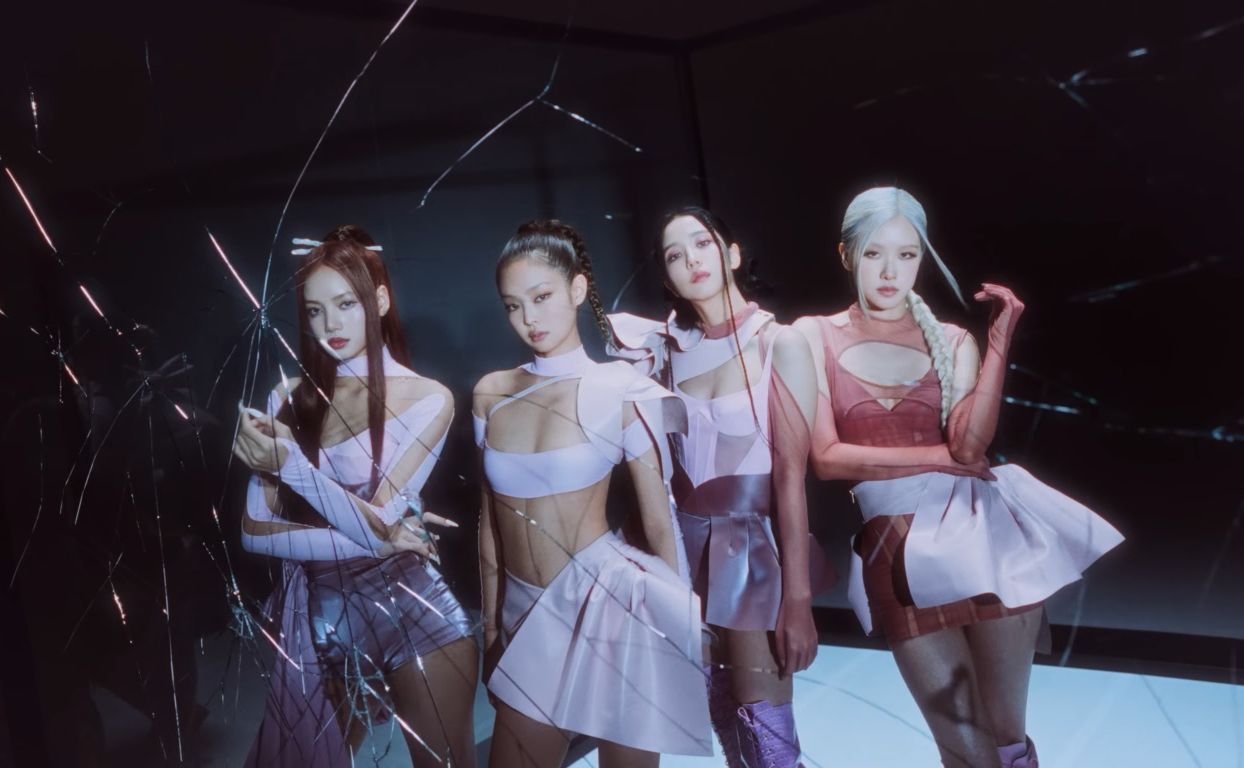 SEOUL, SOUTH KOREA: K-pop fans can rejoice as Blackpink is finally back. After almost a 2-year hiatus, the iconic girl group released ‘Pink Venom’, a pre-release single for their second album ‘Born Pink’. And it looks like Blinks (Blackpink’s fandom) missed new music from the girls as everyone went gaga over it. And it looks like we also had some celeb Blinks sharing their love for the single from Stray Kids’ Bang Chan to famous football player Neymar Jr.

Blackpink had already turned heads when they first dropped the teasers for ‘Pink Venom’ in custom Mugler outfits. Well, the music video was pretty iconic as well from Jisoo and Rosé playing instruments to Jennie and Lisa’s back-to-back rap verses. All of South Korea tuned in for the single which has led to ‘Pink Venom’ topping several charts like Genie, Bugs, and MelOn while ranking #1 on 69 iTunes charts worldwide. Well, we also had celebs showing their support from ‘Snowdrop’ co-stars to K-pop idols like Itzy’s Yuna.

With Stray Kids set to head to LA for KCON LA, they were spotted at the airport on August 19. But no flight could deter a true Blink as proven by leader Bang Chan. Fansites that were taking photos of Stray Kids at the airport ended up taking a shot that showed Chan’s phone screen and many were surprised to see that he was listening to Blackpink’s ‘Pink Venom’. He is close to Lisa and has often shown his support for his fellow idols and also reacted to their music videos on his weekly ‘Chan’s Room’ series.

Labelmate Yuna of Itzy was also the next celeb Blink to show her excitement. In fact, days before the release, Yuna had shared she was looking forward to Blackpink’s comeback. Well, not to be outdone by Bang Chan, the Itzy star posted selfies of her listening to ‘Pink Venom’. Kep1er’s Xiaoting also joined Blackpink’s live broadcast while on the way to KCON LA. But the most random shoutout that no one could have predicted was from Neymar Jr.

K-pop, as well as football fans, were surprised when Neymar Jr posted on Twitter that he had watched the ‘Pink Venom’ music video. He tweeted “I like it” and shared a link to the music video on his 57 million Twitter account. Fans also brought back the time he had used the Blackpink pack while playing PUBG. Fans were also amused with Vietnamese celebrities who made memes to share their support from supermodel Minh Tu to TV personality BB Tran.

Ashley Choi who is the leader of Ladies’ Code and a DIVE Podcast regular had also posted a video of Rosé’s part in the music video which the Blackpink star reposted. Rosé also thanked dancers of the Kwon twins and her brands Saint Laurent and Tiffany for their support. We also had actress Kim Go-eun of ‘Yumi’s Cells’ fame hyping up Rose that the idol reposted.

The other Blackpink members too were sent congratulatory gifts by their sponsored brands with Hera and Chanel showering gifts to Jennie, Dior, and Cartier supporting Jisoo, and Celine and Bvlgari sending gifts to Lisa. Jisoo’s co-stars on ‘Snowdrop’ also shared they were listening to ‘Pink Venom’ like Choi Hee-jin who had played Seol-hee and Yoon Se-ah who had played Ms Pi.