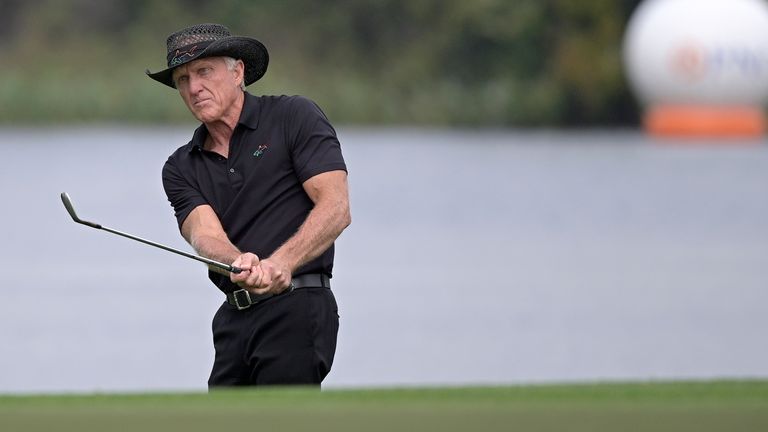 Professional golfers are being enticed by unprecedented financial security to join the LIV Golf Series, a new Saudi-funded rival of the PGA Tour led by former golf star Greg Norman. On Thursday, the PGA Tour announced it has suspended the 17 members who are competing in the inaugural LIV event, which is starting today at the Centurion Club in Hertfordshire, England.

Among the suspended PGA stars are big names such as Dustin Johnson, Phil Mickelson, and Sergio García, who have committed to LIV after reportedly being offered over $100 million in signing bonuses and forgoing their PGA Tour futures. In the first tournament, $4 million is going to the winner, which would be the highest-ever single-event payout in golf, and last place earns $120,000 as part of a $25 million pot.

With the first LIV Golf Invitation tournament starting today, golfers are starting to field questions about their involvement in this new league. The AP reported that Johnson evaded questions about the source of the prize money, Saudi Arabia’s sovereign wealth fund, while another participant, 2010 U.S. Open winner Graeme McDowell, said LIV is “incredibly polarizing” for the sport.

“I really feel like golf is a force of good in the world. I just try to be a great role model to kids,” McDowell said, later adding, “As golfers, if we tried to cure geopolitical situations in every country in the world that we play golf in, we wouldn’t play a lot of golf.”

It’s not the first disciplinary action related to the LIV tournament. Mickelson took time away from the sport and lost his sponsor of 14 years, consulting giant KPMG, after making comments in February about how “scary” it is to get involved with Saudi Arabia, and that its golfing efforts were “sportswashing,” a phrase for a sport being used to legitimize or soften the image of a country or corporation. At the same time, he said LIV was a “once-in-a-lifetime opportunity to reshape how the PGA Tour operates.”

Many sports organizations have hosted events in Saudi Arabia, including F1 racing and soccer. The LIV series’ first tournament in the United States will take place on July Fourth weekend in Oregon, then going to a penultimate tournament in Jeddah, Saudi Arabia, and ending with a team championship at a course owned by former U.S. President Donald Trump in Doral, Fla.

International investment in soccer, especially in the U.K., has sparked many claims of “sportswashing.” In March, Roman Abramovich, the billionaire Russian owner of London-based Chelsea FC, moved to sell the club, in anticipation of sanctions in the wake of the Russian invasion of Ukraine. The current champion of England’s Premier League, Manchester City, has been owned by Abu Dhabi United Group, an investment company for the royal family of that city, since 2008, and last year saw another club, Newcastle, sold to a consortium including the Saudi Arabian Public Investment Fund.

FIFA, the global governing body of soccer, held its last World Cup in Russia in 2018 and made the unprecedented move to a winter schedule for this year’s version of the quadrennial event, to accommodate the climate of host country Qatar.