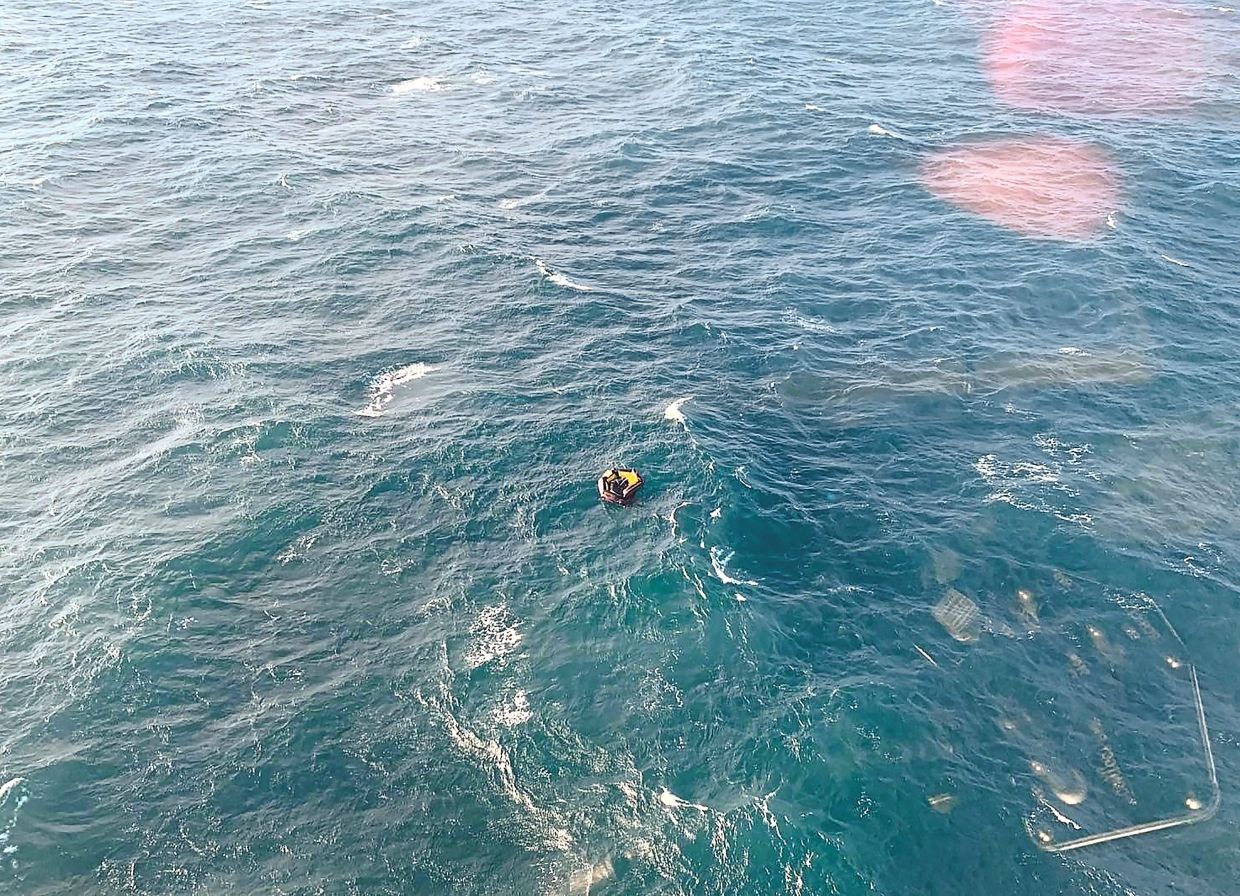 The search for 23 HTMS Sukhothai sailors missing in the Gulf of Thailand resumed on Friday as the Royal Thai Navy issued an update on their mission to probe the ship on the seabed.

The search mission for the sailors launched for a fifth day on Friday in the seas off Chumphon and Surat Thani provinces. The Navy also released the names of the missing personnel.

Rescuers are now checking islands and outcrops off Chumphon for any signs of the 23 sailors, who went missing when the Sukhothai sank in heavy seas about 20 nautical miles off Prachuap Khiri Khan on Sunday night. The vessel was knocked over and suffered an engine malfunction as it took on water.

The Navy said it is coordinating search and rescue efforts with the Thai Maritime Enforcement Command Centre and Prachuap Khiri Khan Disaster Prevention and Mitigation Centre.

Meanwhile, the First Naval Area Command redeployed its SeaFox underwater drone and divers to determine why the ship sank.

“We failed to get close to the warship yesterday due to strong tides,” said Vice Admiral Pichai Lorchusakul, commander of the First Naval Area Command.

The search and rescue mission kicked off on Monday, with the Navy dispatching six ships, two Dornier amphibious aircraft, two rescue helicopters, and an unmanned aerial vehicle to scour the area around the spot where the warship went down. The Royal Thai Air Force also joined the search efforts, deploying a plane and a helicopter.

The Navy named the missing sailors as: