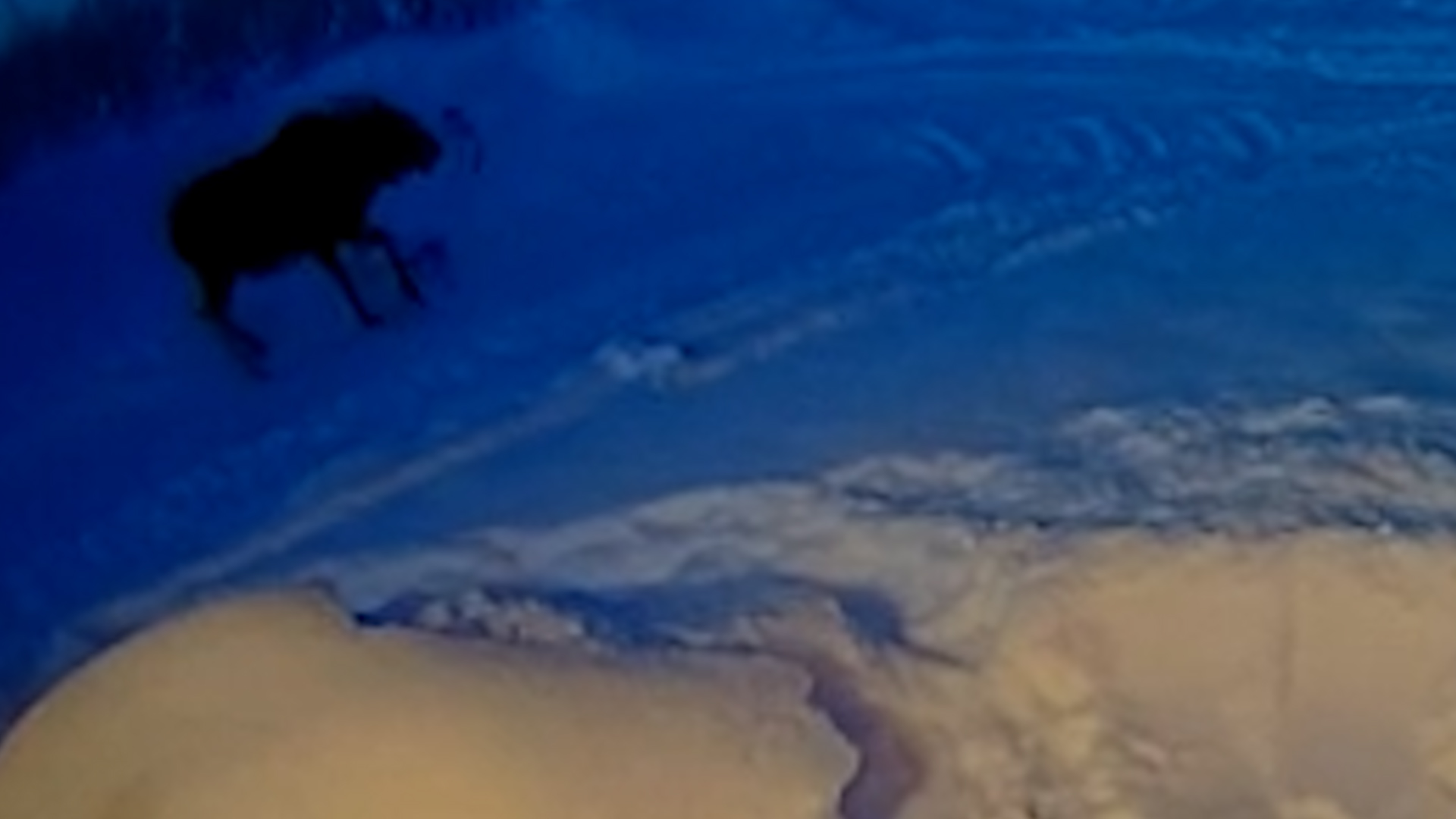 A Ring doorbell camera in Alaska has captured the exact moment a moose shed its antlers, gifting the homeowners a rare and special holiday surprise.

In the video, the moose can be seen walking into frame before stopping right in the camera’s view. The animal pauses for a few moments before giving its head a shake and the antlers fall right off its head.

An audible popping sound can be heard as the antlers release, clearing giving the moose a fright and sending it bounding away.

Bogert told Today that she had headed to her sister’s house the night of Dec. 15 because she was worried that a snowstorm might knock out power at her house. She was scrolling TikTok with her niece when she got an alert from her doorbell camera. Curious, she immediately checked the live feed and was astonished by what she saw.

Bogert, who lives about an hour and a half north of Anchorage, said she and her husband initially bought a doorbell camera for security purposes, but it’s mostly served as a wildlife camera.

“We’re pretty far out here. We’re not like a suburban community or anything like that,” she told Today.

She posted an additional video to Facebook, showing her husband retrieving the rack and presenting it to the camera.

Bogert told McClatchy News that they plan to mount the antlers in their home.

According to the Yukon Wildlife Preserve, moose shed their antlers once a year, some time in mid-winter following rutting (breeding) season. Moose appear to be unbothered by the shed and new antlers begin to grow several weeks later.