Phil Mickelson, 3 other golfers ask to be dismissed as plaintiffs in LIV Golf’s lawsuit against the PGA Tour 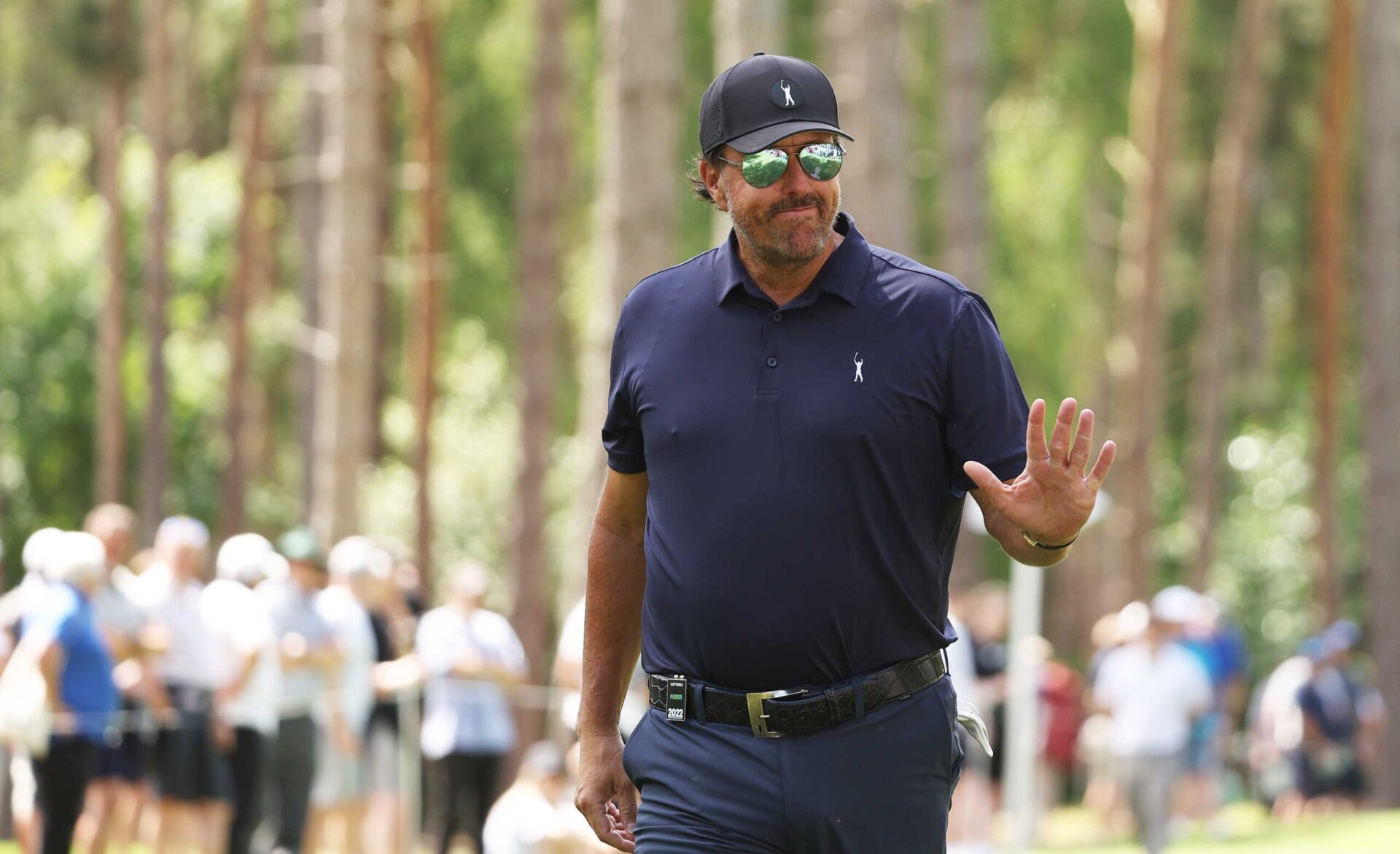 Phil Mickelson and three other golfers asked to be dismissed as plaintiffs in LIV Golf’s federal antitrust lawsuit against the PGA Tour, according to a notice of voluntary dismissal filed Tuesday.

Talor Gooch, Ian Poulter and Hudson Swafford also asked to no longer be plaintiffs in the federal lawsuit, which accuses the PGA Tour of illegally suspending them for playing in LIV Golf events and using its monopoly power to squash competition.

Mickelson, a six-time major champion, told reporters at the LIV Golf event outside Chicago two weeks ago that he was considering removing himself from the lawsuit. He reiterated that stance following today’s proceedings.

“I am focused on moving forward and am extremely happy being a part of LIV, while also grateful for my time on the Tour,” Mickelson said in a statement on Tuesday. “I am pleased that the players on Tour are finally being heard, respected, and valued and are benefitting from the changes recently implemented. With LIV’s involvement in these issues, the players’ rights will be protected, and I no longer feel it is necessary for me to be part of the proceedings.”

Like Mickelson, Poulter is confident LIV Golf can and will represent the best interest of its players.

“I am extremely happy being a part of LIV,” Poulter said in a statement Tuesday. “Now that I’m no longer a member of the PGA, and with LIV’s involvement in these important issues, I have decided to forego my involvement in this matter. I have faith LIV will successfully make the legal case.”

Four other players who were originally part of the lawsuit — Abraham Ancer, Carlos Ortiz, Pat Perez and Jason Kokrak — are no longer involved in the case as well.

Bryson DeChambeau, Matt Jones and Peter Uihlein remain as plaintiffs in the case, along with LIV Golf.

“Nothing has changed,” LIV Golf spokesman Jonathan Grella said in a statement Tuesday morning. “The merits of the case — the PGA Tour’s anti-competitive conduct — still stand and will be fully tested in court. And we look forward to that. LIV stands with the players whom the PGA Tour has treated so poorly, but we also recognize that to be successful, we no longer need a wide array of players to be on the suit. We have our players’ backs and will press our case against the PGA Tour’s anti-competitive behavior.”

Mickelson has been at the center of LIV Golf’s ongoing battle with the PGA Tour for the best players in the world. He was among the first players to sign with LIV, which is financed by Saudi Arabia’s Public Investment Fund and fronted by two-time Open winner Greg Norman.

Mickelson had complained of the PGA Tour’s “obnoxious greed” and argued that professional golfers were independent contractors who should be able to play wherever they wanted.

“I do think that it’s important that players have the right to be able to play when and where they want and when and where they’ve qualified for,” Mickelson said. “Now that LIV is a part of [the lawsuit], that will be accomplished if and when they win.”

PGA Tour commissioner Jay Monahan suspended more than two dozen members for competing in LIV Golf tournaments without conflicting-event releases. Mickelson said LIV Golf is “here to stay” and that the competing tours needed to figure out how to coexist.

“The PGA Tour, for the last 20 or 30 years, have had all the best players in the world. That will never be the case again. LIV Golf is here to stay,” Mickelson told reporters Sept. 17.

“The best solution is for us to come together. I think that the world of professional golf has a need for the old historical ‘history of the game’ product that the PGA Tour provides. I think that LIV provides a really cool, updated feel that is attracting a lot of younger crowds. Both are good for the game of golf and the inclusion of LIV Golf in the ecosystem of the golf world is necessary. As soon as that happens, we all start working together. It’s going to be a really positive thing for everyone.”