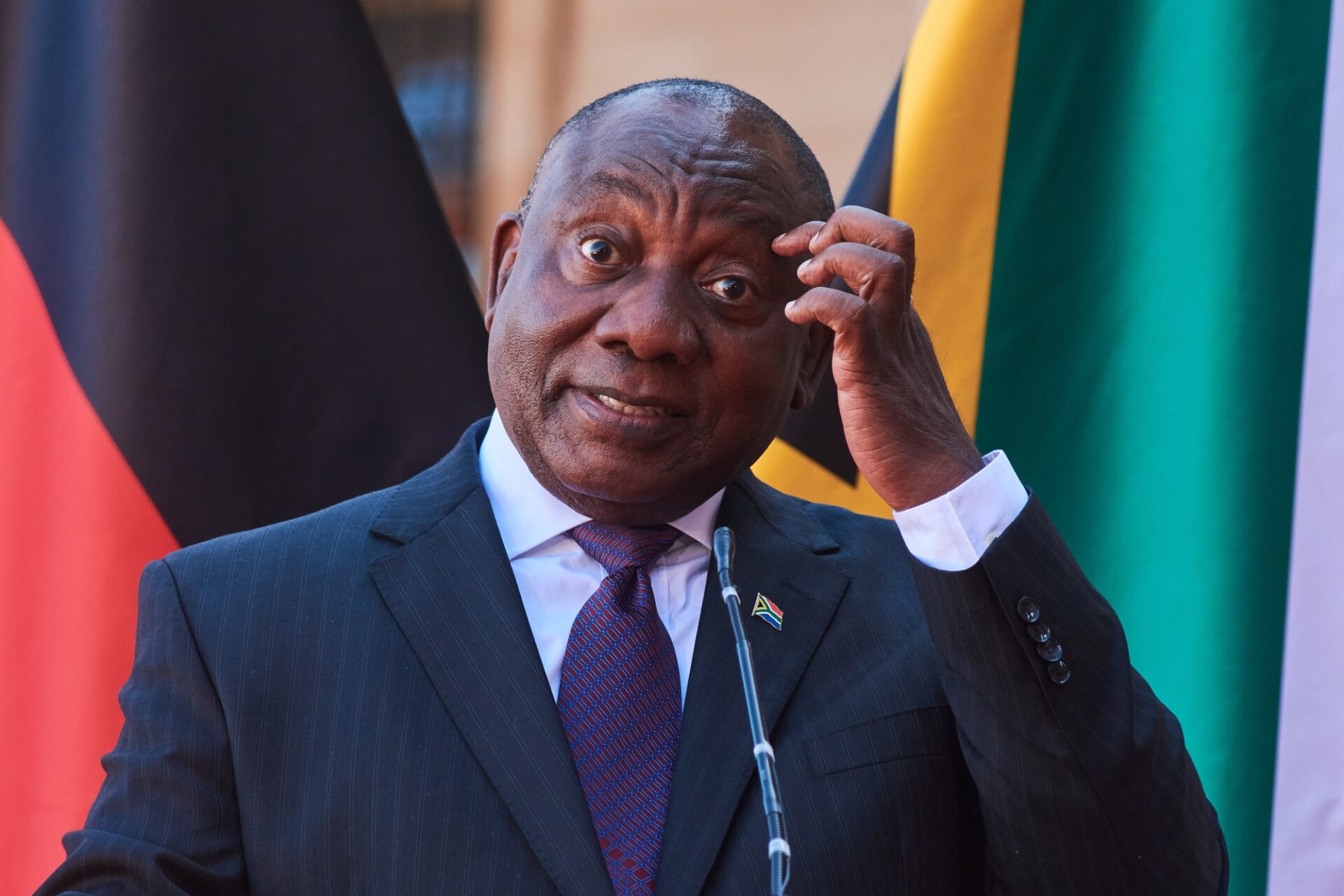 This comes as Mr Ramaphosa is running for re-election as leader of the party which is divided by the pair’s rivalry.

Private prosecutions are rare in South Africa and the president has called the move “an abuse of legal processes”.

But it may increase pressure on Mr Ramaphosa, who this week survived an attempt to impeach him.

Opponents could try to use the prosecution to try and scupper his efforts to lead the African National Congress (ANC) for a second term. Party delegates are currently meeting at a special conference in Johannesburg.

Mr Ramaphosa became president in 2018 after the resignation of Mr Zuma, whose time in office had been weighed down by many allegations of corruption.

In recent months, however, the president has faced his own scandal. It involved an alleged cover up of the theft of a large sum of money that had been hidden in a sofa at his private farm.

An independent report commissioned by the speaker of parliament said Mr Ramaphosa may have broken the law but he has denied any wrongdoing.

On Tuesday, ANC MPs were instructed to rally round the president and vote down an attempt to start an impeachment process. Only a handful defied the whip, but Mr Zuma’s latest action might undermine efforts to present a united front.

His anger over being replaced has now spilled out into this attempt to take the president to court.

He alleges that Mr Ramaphosa was an “accessory after the fact” to a breach of the National Prosecuting Authority Act.

The case concerns whether details of Mr Zuma’s medical condition were improperly shared.

Mr Zuma alleges that the president failed to act against the people accused of revealing details about his health.

The president rejected the accusation with the “utmost contempt” and said it had not been made according to the law, according to a statement on Twitter.

The BBC has been unable to get comment from the National Prosecuting Authority.

This affair is likely to exacerbate divisions between the pro-Ramaphosa and pro-Zuma camps within the ANC, who are both jostling for influence within the party and in government.

Mr Zuma has made no secret of his contempt for the president, an old grudge that intensified after he was forced to step down by his party following a string of corruption-related scandals. He has repeatedly denied these accusations.

In recent months, Mr Zuma been increasingly critical of the president’s leadership. Making disparaging remarks is one thing but the attempt at a private prosecution has certainly turned up the heat, not least because of the timing.

If the ANC decides to take this matter into consideration at its conference then its step-aside principle could come into play. That says that anyone who has been charged with corruption or other serious crimes is barred from taking part in party activities until the matter has been cleared up.

But private prosecutions, which are unfamiliar territory for many in South Africa, are not a simple matter.

Very few are successful and they are often a lengthy and expensive process.

Mr Ramaphosa’s other challenge is the fall-out from the report on his handling of the burglary at his farm.

Although he survived the vote in parliament, the report is expected to be discussed at the ANC gathering. Its leaders will decide whether to reject its recommendations or act on them.

One thing is clear – it will not be business as usual for Mr Ramaphosa at this year’s gathering.

He is stepping into the conference a bruised man.

US-China chip war: How the technology dispute is playing out
Ukraine’s second city Kharkiv without power after Russian strikes