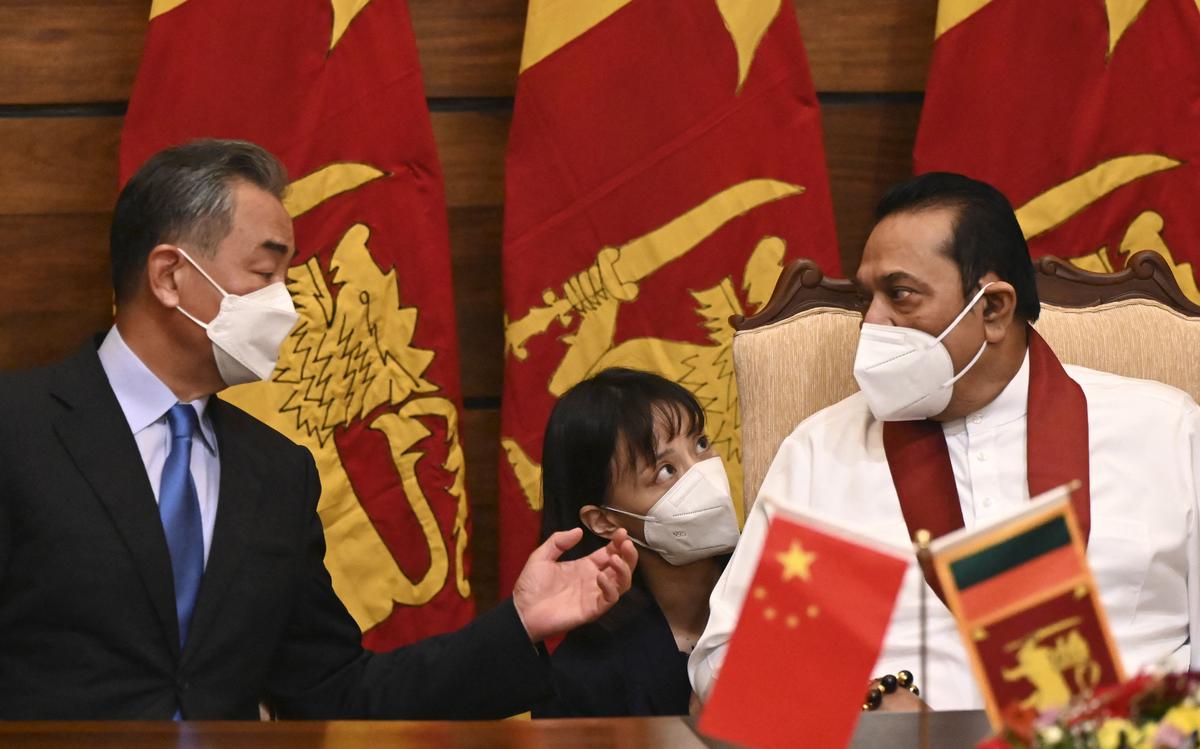 With a total of $968 million in loans in four months of 2022, India “has emerged as Sri Lanka’s largest bilateral lender, overtaking China in the process,” India’s ANI news agency reported on Monday, citing Daily Financial Times.

Sri Lanka has borrowed not only from China but despite this, Chinese loans have been specifically targeted by anti-China forces. Critics have accused China of what they call a “debt trap,” saying that the so-called “debt trap diplomacy” has “become a cause of Sri Lanka’s economic crisis.” Their debt trap lies is a narrative that the US-led camp has used to defame and smear China. The West’s anti-China narrative should not derail Sri Lanka’s cooperation with its friends.

Ruchira Kamboj, India’s permanent representative to the UN, was quoted by the ANI report as saying that India had provided nearly $4 billion in food and financial assistance to Sri Lanka. “In our immediate neighborhood, we are continuing to help our good friend and neighbor Sri Lanka to ensure food security,” Kamboj said.

Some Western observers have lauded India’s help to Sri Lanka, but China is being blamed by the West for providing same loans and economic assistance to the nation. Those observers should stop their double standards in criticizing a so-called Chinese debt trap. Loans and aid to Sri Lanka should not be treated differently based on which country they come from.

China is one of the largest infrastructure construction partners and main source of foreign investment of Sri Lanka. China has worked with Sri Lanka to help meet its financing needs and improve its ability for sustainable development. China does not impose its will on others or seek any political gains. This is why developing countries, Sri Lanka included, think highly of their cooperation with China.

Sri Lanka needs to pursue economic development and the country has the right to freely choose its cooperative partners. Sri Lankan Minister of Foreign Affairs Ali Sabry said in August that he thanked the Chinese government and people for their timely assistance to Sri Lanka in times of difficulty. “With special and long-lasting bilateral relationship, Sri Lanka and China have always trusted and supported each other,” Xinhua reported.

Sabry’s words came after some Western media outlets deliberately hyped up China-India competition over Sri Lanka’s economic woes. The BBC said in July that Sri Lanka’s desperate financial need, in a way, has helped New Delhi regain its influence in the nation after “China made inroads by offering loans and other forms of financial aid for infrastructure projects in the past 15 years.”

Any attempt to incorporate geopolitical thinking into economic issues won’t help resolve the economic crisis unfolding in Sri Lanka. India does not have to view Chinese investments and loans in Sri Lanka from a competitive perspective. Countries should put geopolitical thinking aside and avoid falling into a trap set by the West, which aimed to heat up competition between China and India.

It is a false proposition that India has overtaken China to become Sri Lanka’s largest lender. China has stressed many times that it is neither the only creditor nor the largest creditor of Sri Lanka. Only around 10 percent of Sri Lanka’s external debt is owed to China.

China has pledged to do its utmost and to make full use of the channels available to deliver help to the Sri Lankan society. We believe India will do the same. India has also done a lot in helping Sri Lanka and its effort is commendable, but it will be meaningless if some attempt to compare India to China in terms of economic presence in Sri Lanka

China and India need cooperation, not competition in Sri Lanka. Chinese Foreign Ministry spokesperson Zhao Lijian said in June that China is ready to work with India and the rest of the international community to help Sri Lanka and other developing countries experiencing difficulty to pull through the hardship as early as possible. Although the West’s anti-China narrative deliberately hyped up China-India competition, India should be vigilant to avoid falling into the trap set by the West.