US to face Vietnam, Netherlands at women’s soccer World Cup 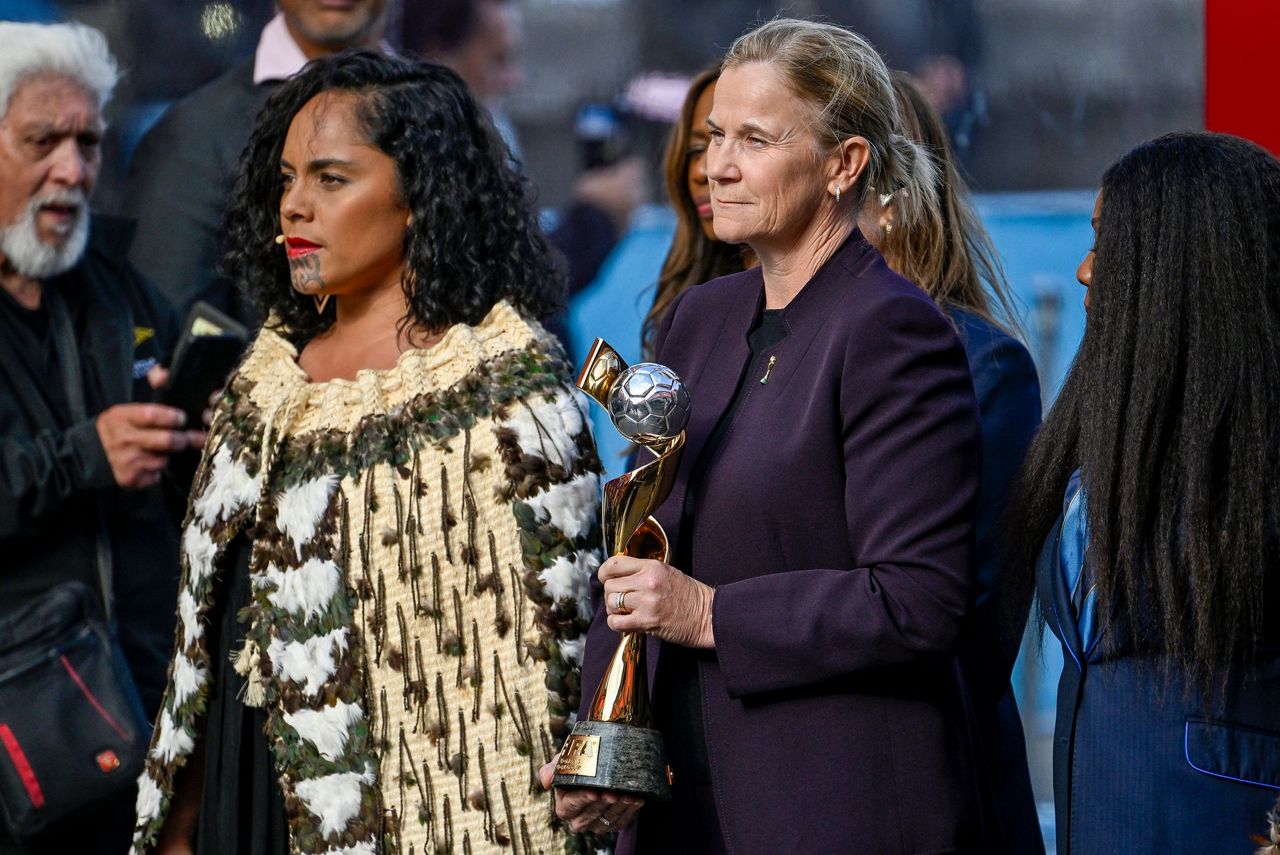 The defending champion United States will face the Netherlands in the group stage of the women’s soccer World Cup next summer, setting up an early repeat of the 2019 World Cup final.

The draw was made at a ceremony in Auckland on Saturday.

Four-time champion the United States was drawn in Group E with Vietnam, the Netherlands and a playoff winner still to be determined in a tournament expanded for the first time to 32 teams drawn into eight groups of four.

The U.S. will play all of its group matches in New Zealand in the tournament to be played at 10 stadiums in Australia and New Zealand in July and August 2023. The match against the Netherlands will be at Wellington on July 27. The U.S. beat the Dutch 2-0 in the 2019 final in France.

“Netherlands is a very good team and one that’s developing a lot, and it’s changed a lot in the last two years or so. And then the opening game against Vietnam, I think that’s great for us to get us going in the tournament and just overall I’m very excited,” U.S. midfielder Lindsey Horan said.

Second-ranked Sweden is drawn in Group G with South Africa, Italy and Argentina. Third-ranked Germany is in Group H with Morocco, Colombia and South Korea and European champion England in Group D with Denmark, China and a playoff winner.

The three playoff winners will be determined through inter-continental qualifying matches in Auckland in February.

Under the formula of the draw, the six top-ranked teams couldn’t face each other in the group stage. That ensured the U.S. will not face Sweden in the group stage of a major tournament for the first time in 10 years.

The draw was conducted in the same manner as the men’s World Cup: teams were divided into four “pots” of eight teams based on FIFA world rankings.

Canada, the reigning Olympic gold medalist, was also in Group B with Ireland and Nigeria.

“Bring it on,” Australia coach Tony Gustavsson told reporters after the draw. “Rankings wise it’s a very, very tough draw. And then if you look at the bracket as well and who we’re facing, just based on ranking, obviously Canada is the favourite in our group and we should end up second.”

New Zealand will play 1995 champions Norway in the opening match of the tournament at Auckland on July 20 and Australia opens later that day against first-time qualifier Ireland.

Pot 4 was made up of Nigeria, the Philippines, South Africa, Morocco, Zambia and the three qualifiers which have still to be determined.

Playoff A will feature Cameroon, Thailand and Portugal, playoff B will involve Senegal, Haiti and Chile and playoff C features Chinese Taipei, Paraguay, Papua New Guinea and Panama. The winners of those playoffs will be placed into the group slots drawn on Saturday.

The draw was conducted in front of an audience of more than 800 including New Zealand Prime Minister Jacinda Ardern and Australia sports minister Anika Wells. Two-time World Cup winner Carli Lloyd of the United States, former England striker Ian Wright and Brazil World Cup-winner Gilberto Silva were among stars who assisted in the draw.

The ceremony was rich with the indigenous Maori culture of New Zealand and first nation culture of Australia. The tournament is being held for the ninth time but for the first time in the southern hemisphere.

Former U.S. defender Alexi Lalas said he “smelled a three-peat” for the Americans, who have won the last two World Cups and will make history if it can win three in a row.

Lloyd added: “It’s going to be the biggest and the best.”