Ukraine war: Blackouts in 1,162 towns and villages after Russia strikes 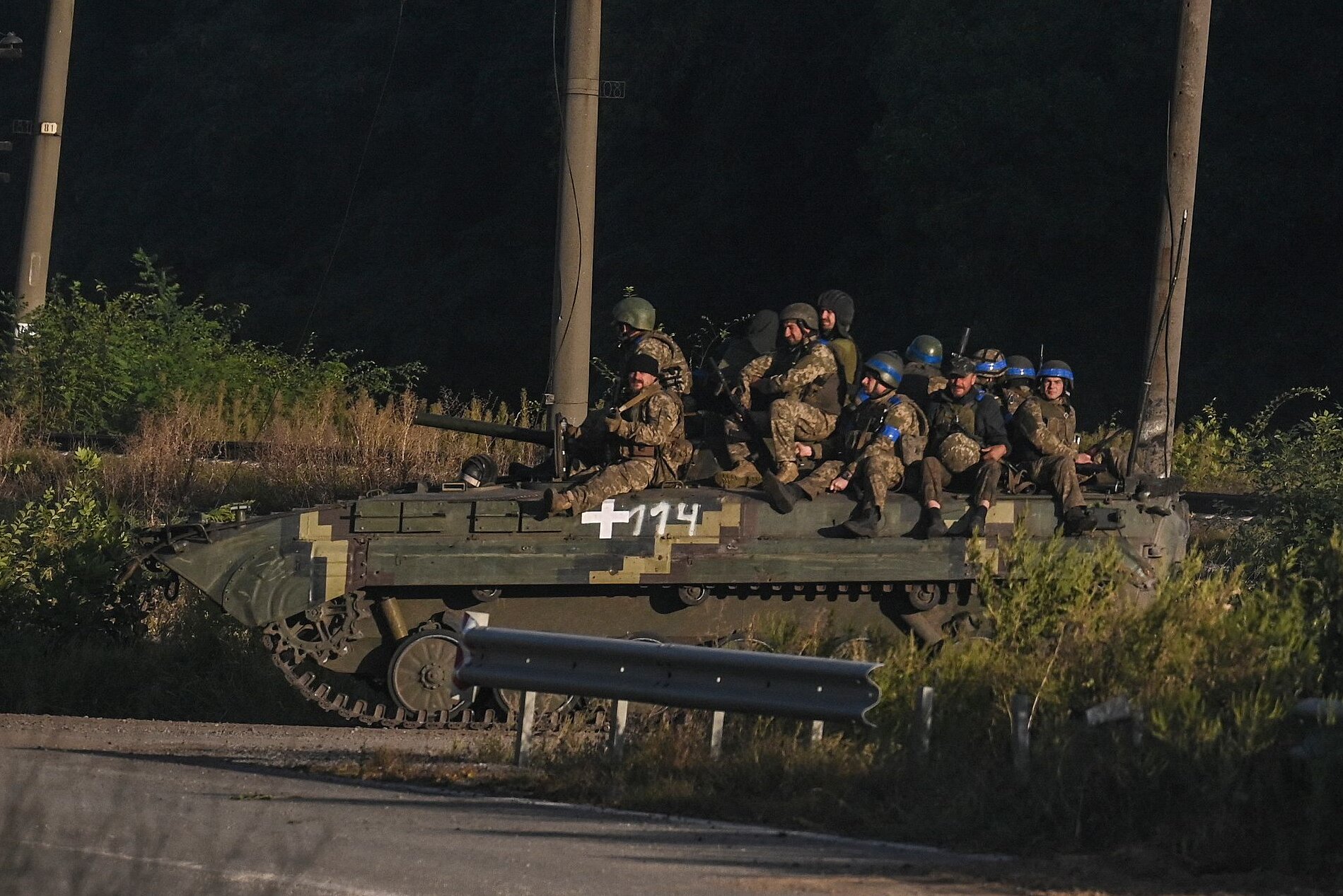 More than a thousand towns and villages across Ukraine remain without power after massive Russian attacks in recent days, Ukrainian officials have said.

Emergency services spokesman Oleksandr Khorunzhyi said more than 70 people had been killed in the rocket and drone strikes since 7 October.

President Volodymyr Zelensky said that 30% of Ukraine’s power stations had been destroyed in the past eight days.

Parts of the capital Kyiv have no power and water after new strikes on Tuesday.

Kyiv Mayor Vitaliy Klitschko said that all three victims of the latest Russian strikes were employees of “critical infrastructure”, adding that two facilities in the capital had been hit.

Power and water were cut in Zhytomyr, west of the capital, and one energy facility was hit in the south-eastern city of Dnipro.

At Tuesday’s briefing in Kyiv, Mr Khorunzhyi said: “In the period from October 7 to 18, as a result of shelling of energy facilities, about 4,000 settlements in 11 regions [of Ukraine] were cut off.

“Currently, according to the energy ministry, 1,162 settlements remain without power,” the emergency services spokesman said.

After suffering a series of painful defeats on the battlefield, Russia has stepped up attacks in recent weeks on electricity infrastructure in cities away from the front lines.

Ukrainian emergency officials have rushed to repair the damage, but the strikes, ahead of winter, have raised concerns about how the system will respond.

Kyrylo Tymoshenko, the deputy head of the president’s office, said that “everyone should be ready, first, to save electricity, and second, rolling power blackouts are also possible if strikes continue”.

“The entire population needs to prepare for a tough winter.”

The latest attacks came 24 hours after “kamikaze” drones – believed to have been supplied by Iran – killed at least nine people in Kyiv and Sumy, in the north-east.

It was not initially clear to what extent drones were involved on Tuesday.

Ukraine said Russian bombers had fired missiles and one S-300 anti-aircraft missile had hit a residential building in the southern city of Mykolaiv overnight, killing one person. The city’s flower market was also destroyed.

In other attacks early on Tuesday:

In some cities, Ukrainians are buying power generators and gas burners. Some towns are already facing rolling blackouts.

The plant – Europe’s biggest – is occupied by Russian forces but its Ukrainian staff continue to work there under difficult conditions.

“We were expecting that Russia will intensify attacks on energy infrastructure and civilian infrastructure and increase the urban warfare towards autumn – and here we are exactly with that scenario taking place,” Ukrainian MP Lesia Vasylenko told the BBC.

In its latest assessment, UK defence intelligence said it was highly likely that Russia had become increasingly willing to strike civilian infrastructure, in addition to military targets, since its setbacks on the battlefield.

Russia’s missile and drone attacks have brought renewed calls from the Ukrainian government for the delivery of air defence missiles.

Earlier, the US said it agreed with its French and UK allies that the supply of drones by Iran violated a UN Security Council resolution linked to a nuclear agreement, barring the transfer of certain military technology.

Ukraine has identified the drones used in deadly attacks on Kyiv and Sumy as Shahed-136 unmanned aerial vehicles (UAVs). They are known as Geran-2 in Russia.

Vedant Patel of the US state department said Washington would not hesitate to use sanctions. The EU said it was gathering evidence and was ready to act.

Both Russia and Iran have denied that Iranian drones were deployed.

However, Western officials in Ukraine said it was not in doubt that the drones had come from Iran and it was obvious Russia was seeking to attack the power network.

Israeli officials have so far stopped short of sending weapons to Kyiv. One Russian security figure, Dmitry Medvedev, has warned that if they did, relations with Moscow would be destroyed.

Meanwhile, in one of the biggest prisoner swaps since Russia’s war began in February, 218 detainees were exchanged – including 108 Ukrainian women.

And across the Sea of Azov from Ukraine, a Russian fighter jet crashed into the courtyard of a block of flats in the southern Russian town of Yeysk. At least 13 people were killed, including three children, while dozens of residents were rescued from the nine-storey block.

The pilots on board the Su-34 plane ejected.