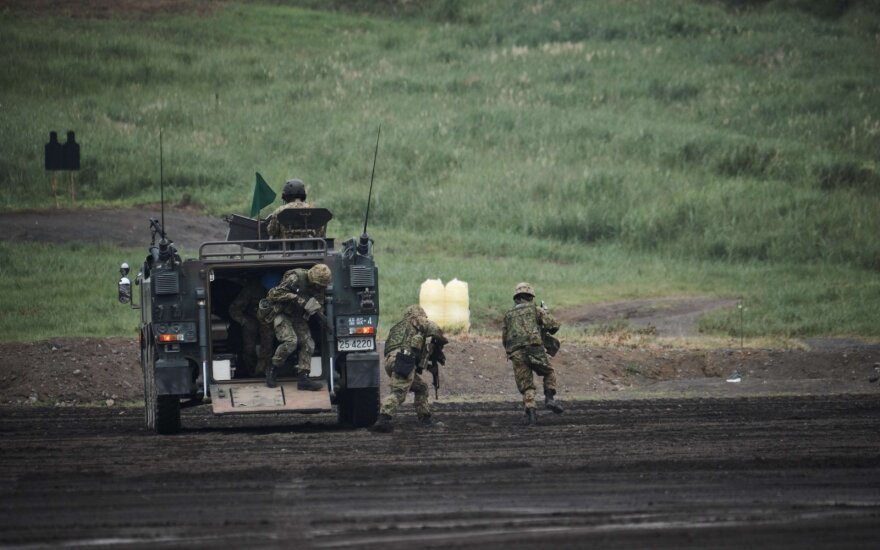 President Biden will welcome Japanese Prime Minister Fumio Kishida at the White House on Friday, a meeting intended to signal a more confrontational approach to China as Tokyo’s defense turns south toward the Taiwan Strait.

Kishida is pushing for a larger defense role for Japan in the Indo-Pacific region as his country and the U.S. face down threats on multiple fronts: a potential Chinese invasion of Taiwan, a nuclear-armed North Korea and Russia’s continued assault on Ukraine.

Before Kishida’s visit, the U.S. and Japan agreed on Wednesday to upgrade their security cooperation by equipping Tokyo with long-range missiles and refitting a U.S. Marine unit in Japan to confront Beijing’s military buildup in the region — the latest move by the administration to achieve Washington’s long-held desire to focus more on the East and South Asia.

“Japan is doubling down on both itself and the United States. Tokyo is building some more independent capabilities, but it is also deepening the U.S.-Japan alliance. That should be a clear sign to China,” said Zachary Cooper, a senior fellow who studies U.S. defense strategy in Asia at the American Enterprise Institute. The agenda “is being driven from Tokyo, rather than Washington, which is incredibly important as a sign of sustainability and a healthy alliance relationship.”

The sit-down is the leaders’ first since Kishida announced historic reforms to his country’s national security strategy in December, shifting Japan away from its pacifist stance in the wake of World War II and toward closer cooperation with Biden’s quest to constrain China.

Kishida’s government vowed to double his country’s defense spending to 2% of its gross domestic product by 2027, up from about 1%. Based on current GDP, the move would make Japan’s military budget the third largest in the world, behind the U.S. and China. The new strategy also calls for acquiring long-range missile systems that would enable Tokyo to reach targets in China and North Korea in response to a potential attack.

The Ukraine conflict has magnified global anxiety about a potential Chinese attack on Taiwan and motivated Kishida’s push to reform Japan’s defense approach, said Chris Johnstone, the Japan chair at the Center for Strategic and International Studies and a former Biden National Security Council official.

Kishida’s White House visit will cap a weeklong tour of some of his country’s most important Western allies — France, Italy, the United Kingdom and Canada — as he lays the diplomatic groundwork to host the Group of 7 summit in his hometown of Hiroshima in May. With Hiroshima — which was devastated by an American nuclear bomb in August 1945 — as a backdrop, Kishida is expected to spotlight nuclear disarmament as Russian President Vladimir Putin threatens nuclear retaliation in Ukraine.

Kishida, who has repeatedly sounded the alarm that “today’s Ukraine could be tomorrow’s Asia,” is shoring up Western support for Tokyo’s security standoff with China and North Korea, mirroring Biden’s work to build a pro-Ukraine alliance.

“Part of Kishida’s mission in visiting these countries at the beginning of the year is to try to get the G-7 countries to expand their focus on the China challenge and what’s needed to confront it,” Johnstone said.

The specter of a war over Taiwan took on new urgency in August when China fired ballistic missiles that landed inside Japan’s exclusive eonomic zone off the coast of the island. The military exercises were in response to then-House Speaker Nancy Pelosi’s (D-San Francisco) trip to Taiwan, which Beijing claims as its territory and has threatened to take by force.

Washington and Tokyo are also concerned about an uptick in North Korea’s missile launches. Pyongyang launched more than 90 ballistic and other missiles last year and has continued to conduct such tests this year.

Much like Biden, Kishida has defied expectations on the world stage despite grappling with political struggles at home.

Biden, hampered by inflation and low approval ratings, held together a reinvigorated NATO alliance, compelling European countries to boost their defense spending and limit their reliance on Russian oil and gas. Kishida has been beset by political scandal in his Cabinet and public outrage over the assassination of former Japanese Prime Minister Shinzo Abe. The Cabinet’s approval rating slipped to 33% in January, a dip of 3 percentage points from last month and the lowest since the prime minister took office in October 2021, according to a survey conducted by public broadcaster NHK.

But Kishida, who hails from the dovish, progressive wing of the Liberal Democratic Party, appears to have succeeded where the hawkish Abe was unable to, Cooper said.

“Many expected that Kishida wouldn’t push these sorts of big changes, but he’s getting them done despite his current domestic political struggles, which is surprising many observers,” Cooper said. “He’s following Shinzo Abe’s playbook of being far more proactive on the world stage.”

Biden’s approach to the Indo-Pacific has been to not only strengthen alliances but also empower allies through economic and defense initiatives, Johnstone said. The president has prioritized the Quad, an alliance that consists of the U.S., Australia, Japan and India, and vowed to expand Washington’s cooperation with South Korea on defense, supply chain resilience and space exploration. Last year, he launched a security alliance with the U.K. and Australia, known as AUKUS, to help Australia acquire nuclear-powered submarines.

The United States and Japan have agreed to substantially build up and modernize a military alliance meant to counter what both countries call “unprecedented” aggression from China, as well as bellicose actions from the region’s other big players, North Korea and Russia.

Though Biden and experts caution a Chinese attack on Taiwan is not inevitable, simulated war games conducted by a prominent Washington think tank concluded that “Japan is the linchpin” in any military conflict with China in the defense of the self-governing island.

The U.S. will help Japan develop “counterstrike capability,” or offensive weapons to attack enemy positions, and will refit its own Marine deployment in Japan to include advanced intelligence, surveillance and reconnaissance, U.S. Secretary of Defense Lloyd J. Austin III said Wednesday. The unit on the island of Okinawa will also be equipped with “anti-ship” capabilities in anticipation of attacks from China over the Taiwan Straits, Austin said.

Austin and Secretary of State Antony J. Blinken held talks with their Japanese counterparts, Yasukazu Hamada and Yoshimasa Hayashi, ahead of Kishida’s visit.

The two countries also agreed to conduct research and exploration together on the moon and in outer space, signaling a new realm of possible confrontation with China or other powers.

“We’re constantly expanding the horizons of our cooperation — beyond even our planet,” Blinken said.

In a statement released Wednesday night, the two countries made clear their belief that China poses a threat.

“China’s foreign policy seeks to reshape the international order to its benefit and to employ China’s growing political, economic, military, and technological power to that end,” the statement said. “This behavior is of serious concern to the Alliance and the entire international community, and represents the greatest strategic challenge in the Indo-Pacific region and beyond.” 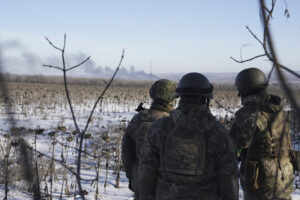