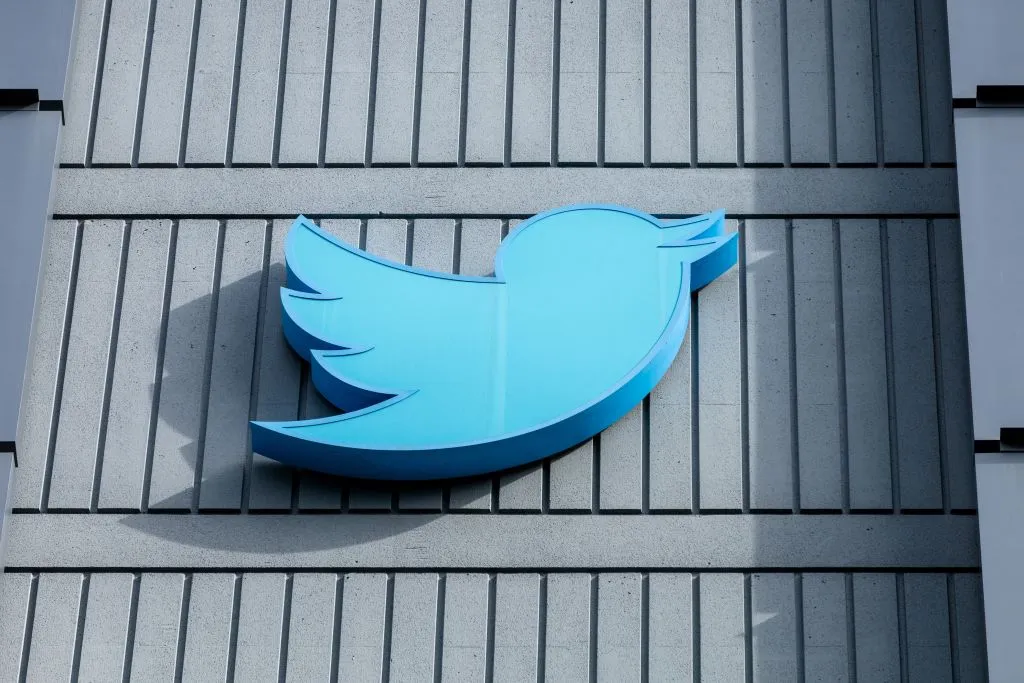 After an internal crisis within Twitter this week — that may result in hundreds of its employees leaving their jobs, decimating Twitter’s already beleaguered workforce — reports emerged that an external incident was also brewing. And it was projected right on the face of the now-closed Twitter office in San Francisco.

A “projection activist” lit up the exterior of Twitter HQ with a series of insults Thursday night, many aimed at the tech company’s new owner and CEO, Elon Musk. The as-yet-unknown person was projecting the messages from a neighbouring building.

Some of the projected messages pointed up toward the Twitter logo on the side of the building. One said, “proof Elon is idiot (sic)” and another crossed out the words “free speech” and replaced it with “$8 lies.”

Others jabs called Musk a “petty racist” and a “mediocre manchild” with “pressurized privilege.”

The prank came at the end of a workday that reportedly saw hundreds of Twitter employees accept an exit option, rejecting an ultimatum that Musk had issued the day prior, asking employees to work “extremely hardcore” or accept a severance package and leave.

In a poll on the workplace app Blind, which verifies employees through their work email addresses and allows them to share information anonymously, 42 per cent of 180 people chose the answer “Taking exit option, I’m free!” Meanwhile, Kylie Robison, a tech reporter for Fortune Magazine, estimates that roughly 75 per cent of Twitter’s remaining 3,700 employees will be leaving because of the ultimatum.

Twitter’s ranks had already been depleted when Musk, days after appointing himself CEO of Twitter, fired half of its staff. If 75 per cent of Twitter’s staff do end up leaving the company, Robinson says their workforce will have been slashed by 88 per cent relative to the beginning of the month, before Musk’s takeover.

Thursday evening also saw the Twitter headquarters closed temporarily, with badge access disabled until Monday. The reason for the office closure hasn’t been disclosed but security officers were reportedly kicking employees out of the office on Thursday evening.

Perhaps the office closure gave this guerrilla projection activist the opportunity he needed to get his message out there.

Unless Thursday night’s prank was a copycat, the creator of the messages might be Alan Marling, who was profiled by the San Francisco Standard in early November for executing the same stunt.

The Standard says he is a “Bay Area man, battling online hate speech,” and first targeted Twitter’s HQ with his projector in 2017 during the height of Donald Trump’s controversial speech on the platform.

Marling was back at it again around Nov. 7, the Standard reported, this time projecting messages in the wake of Musk’s takeover and mass layoffs, while the office was, again, temporarily closed.

During this earlier stunt, Marling projected messages such as “Free hate speech” on the exterior of Twitter’s HQ, with an arrow pointing at its sign. As well as, “Megaphone of Hate,” “Elon Musk: Mediocre manboy,” and “#StopToxicTwitter.”

In a Reddit post, Marling asked people in the Bay Area to submit suggestions of what to project onto the building next.

In an interview with the Standard, Marling said, “I used to enjoy Twitter as a way to connect with friends and build community over great distances.”

Marling added that he fears if hate speech and conspiracy theories are allowed on Twitter, it could drive away women and people of colour from the platform.

“Given Elon Musk’s sacking of Twitter moderators, it would appear he wants the social media site to become a megaphone of hate, hostile to anyone who isn’t an overprivileged white man,” Marling told the San Francisco Standard, adding that he’s been met with “congratulations online and thumbs-up in the street” for his projections.

How Qatar hacked the World Cup