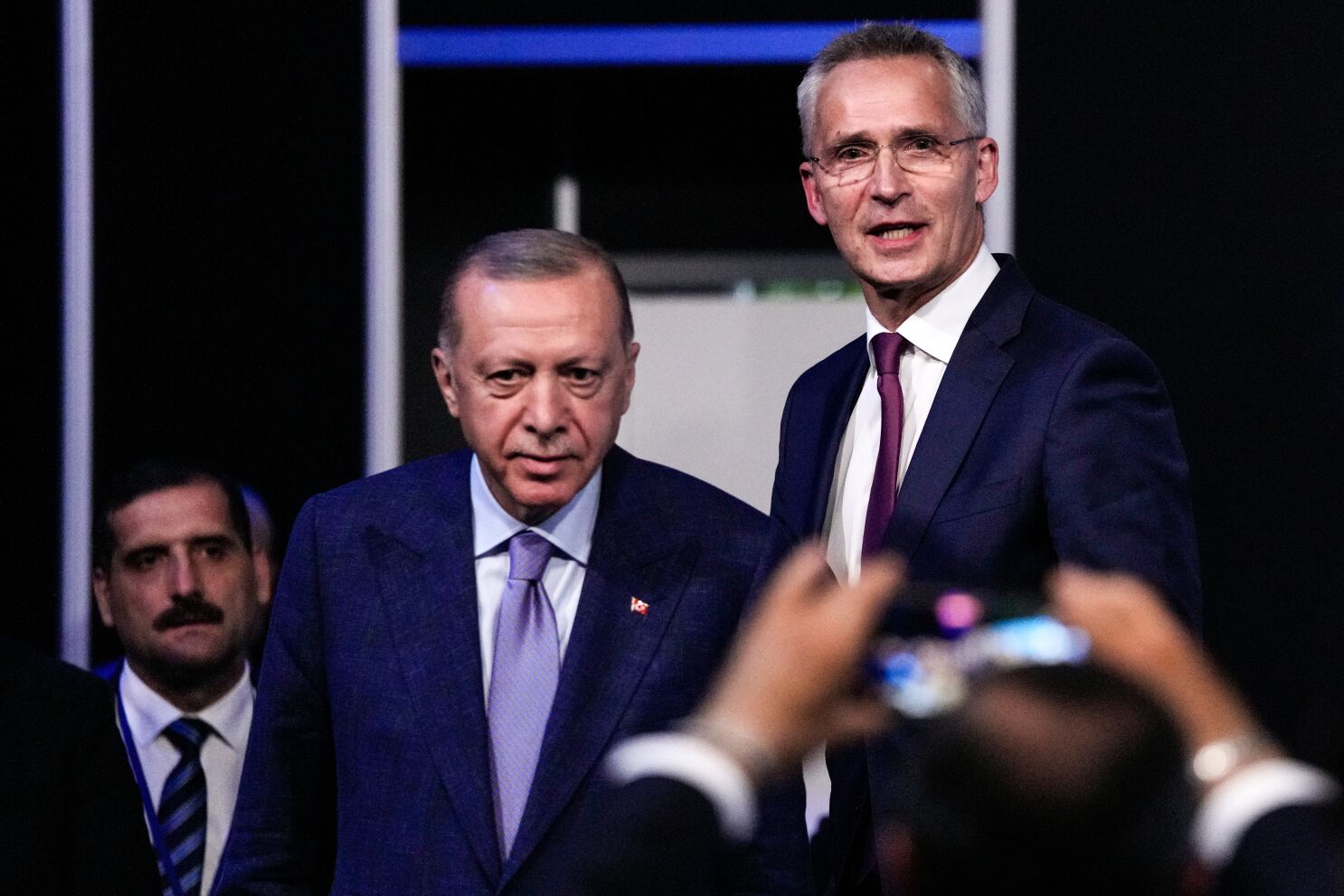 Turkey is at it again, a NATO ally not acting like one. It’s admittedly not exactly new behavior for Turkish President Recep Tayyip Erdoğan, but the actions over the last two weeks have been particularly troubling.

As of publication, Turkey is among a small number of allies that still has not ratified the accession of Finland and Sweden to the alliance. The U.S. Senate voted 95-1 to add the two Nordic countries, but Erdoğan has slow-rolled the process to score domestic political points in advance of elections.

A week ago, Turkish Foreign Minister Mevlut Cavusoglu reportedly suggested Ankara would drop its request for new American F-16 fighter aircraft if their provision is contingent on a commitment from Turkey not to employ those aircraft for “unauthorized territorial overflights of Greece,” a key congressional demand. It hardly seems unreasonable to ask one NATO ally to refrain from such acts of aggression targeting another NATO ally.

The previous Friday, U.S. Deputy Treasury Secretary Wally Adeyemo called his counterpart in Ankara to discuss Turkey’s economic relationship with Russia and how the latter was using Turkey to evade sanctions.

But the most concerning development comes from Russian state news agency TASS, which reported on August 16 that Russia and Turkey  had signed “a contract … to deliver a second regiment of the S-400 [surface-to-air] missile system to Turkey,” attributing the claim to the head of Russia’s Federal Service for Military-Technical Cooperation, Dmitry Shugayev.

The S-400 is an advanced mobile, surface-to-air missile system capable of shooting down aircraft, unmanned aerial vehicles, and many kinds of missiles. As a Russian-developed system, it is specifically designed to target allied aircraft.

Seemingly caught by surprise, Turkish government sources were quick to deny a new deal had been signed. “The purchase of a second batch was included in the original plan and the related contract,” a Turkish defense official said, referring to a 2017 deal under which Turkey purchased one S-400 regiment from Russia, with an option to buy another. Negotiations on the second regiment have dragged on for years, with little apparent progress. “The process is ongoing and there are no new agreements,” the Turkish official said.

Regardless, that NATO ally Turkey is still considering acquiring additional S-400s from Russia, the leading threat to the alliance, is deeply disappointing and highlights the continued challenges for the United States and its NATO allies in developing a prudent policy toward Turkey.

Vladimir Putin’s invasion of Ukraine, which has killed or injured tens of thousands of Ukrainians and displaced millions more, shows his continued willingness to use military force to redraw international borders in Europe. That sort of might-makes-right model was an essential cause of two world wars on the continent last century. If unchecked, Putin’s impulse presents a serious challenge to American, Turkish, and NATO security interests.

A Turkish decision to acquire more S-400s would sow further division between Turkey and its NATO allies at a time when alliance unity is more important than ever—something surely not lost on the Kremlin. Indeed, Ankara’s purchase of its first S-400 regiment is perhaps the most tangible example of the Erdoğan government’s general drift toward Russia.

But the adverse consequences associated with Ankara’s acquisition of the S-400 extend far beyond geopolitics. The acquisition also creates a host of genuine problems for the United States military and for the broader NATO alliance.

Consider what happened with Turkey and the F-35 Joint Strike Fighter aircraft, a next-generation aircraft that American and allied aviators will fly for decades to come.

The United States plans to eventually procure more than 2,400 F-35s and is actively fielding three variants of the aircraft to the U.S. Air Force, Marine Corps, and Navy. Turkey was one of eight allied countries that initially participated in the F-35 program, playing a prominent role in producing parts for the aircraft.

Washington repeatedly warned that purchasing the Russian S-400 missile system would result in Turkey’s expulsion from the F-35 program, since co-locating the two systems would have enabled Moscow to gain valuable intelligence helpful for detecting and shooting down F-35s. Yet Turkey went ahead with the S-400 acquisition anyway, leaving the United States no choice but to evict Turkey from the F-35 program in 2019 before it procured the aircraft.

Bolstering the alliance’s defense posture in eastern Europe is a wise and necessary pursuit. But many of the new units and assets in the region lack sufficient air and missile defenses and would be vulnerable in a conflict with Russia. The Pentagon and others understand this problem, but fixing it is easier said than done given finite resources and the time required to procure additional air and missile defense capabilities. “Air and missile defense always was and remains my biggest concern for U.S. capabilities in Europe,” said retired Lt. Gen. Ben Hodges, former commander of United States Army Europe, in a recent podcast hosted by the Foundation for Defense of Democracies.

To mitigate those challenges and to strengthen the capabilities of new assets once fielded, the Pentagon is eager to link U.S. air and missile defense “sensors and shooters” with those of allies and partners to systematically strengthen situational awareness and intercept capabilities. Instead of contributing to that architecture, Turkey’s past and potentially future S-400 purchases undercut the integration effort and create additional problems that reduce deterrence and redound to Moscow’s benefit. It could even increase the chances for NATO fratricide in a future conflict.

This helps explain why Putin has been so eager to sell the S-400 abroad, particularly to countries aligned or allied with the United States. It stokes tension and division between Washington and the country purchasing the system, generates revenue for Moscow, strengthens its defense industrial base, constrains U.S. security cooperation with the recipient country, and creates a host of practical military problems for the United States.

Little wonder then that TASS was so eager to suggest Turkey is procuring the second regiment of S-400s.

So, what’s the path forward in dealing with Turkey?

That depends on whether we think Turkish President Recep Tayyip Erdoğan is an anomaly in Turkey or a sign of the new normal there. Will Turkey return to a more traditional foreign policy vis-à-vis NATO and the United States post-Erdoğan? Or is Turkey durably changed, and must we now accept that Ankara will not be a reliable ally for years to come?

The truth is that no one knows for sure.

What we do know is that an effective policy prescription depends on a good diagnosis of the current reality—and the only diagnosis that facts support is that Erdoğan continues to be an ally who doesn’t act like one.

Source :
Foundation for Defense of Democracies