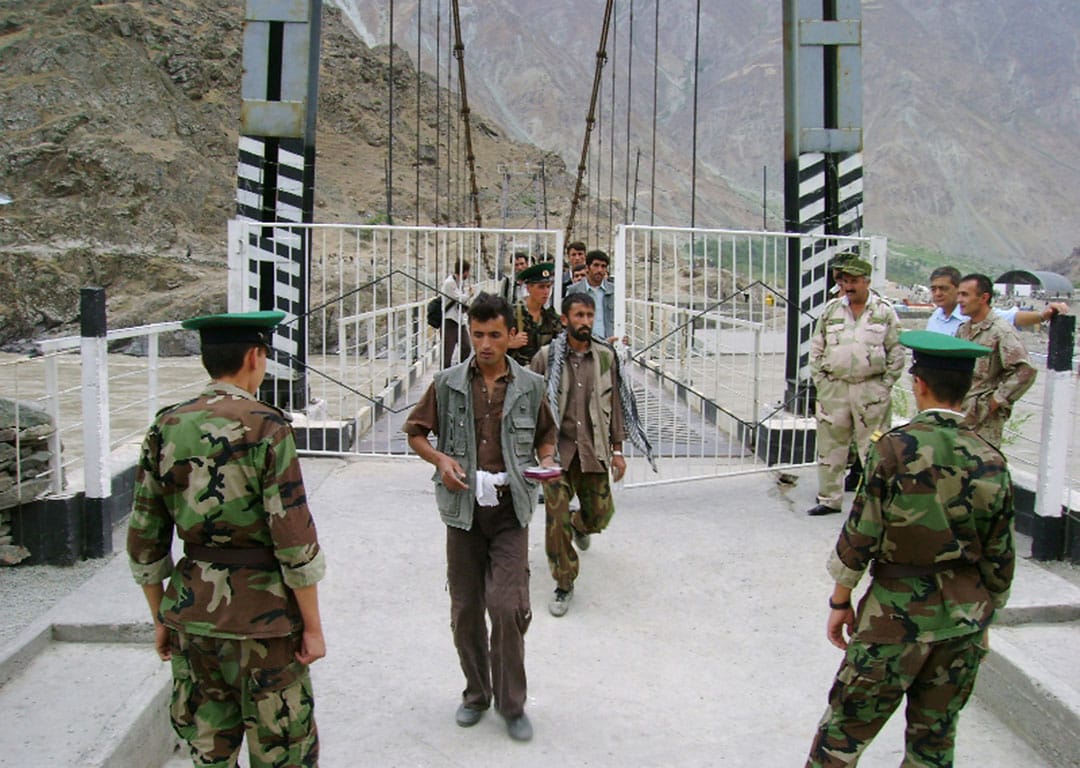 In the daily onslaught of the slowly widening war in the Ukraine, one other conflict has nearly no coverage in Brussels, Berlin, or Washington – Tajikistan and the attempts of President Emomali Rahmon’s regime to wipe out the country’s minority, the Pamirs Ismaili.

Although the Russian war of aggression against the Ukraine is in the forefront, this regime of the life-long communist Emomali Rahmon is somewhat a smaller scale version of a dictatorship just like the big brother, Vladimir Putin. Fearful of his citizens the regime reacted like all dictators in history.

And like the Russian president, the Tajik regime is pockmarked with political assassinations, suppression of political dissent, mass arrests, killing and claims of ‘foreign agents’, right out of the playbook of the old Soviet-style KGB.

It started with the attempted rape of a young woman by Abdusattor Abirzoda, the assistant prosecutor of the Roshtkala district and the brutal murder of 29-year-old Gulbidin Ziebekov which triggered the worst political instability in decades in Tajikistan.

Individuals like the chief of the State Committee for National Security in the autonomous region, GBAO, Salimoza and the head of the region, Alisher Mirzonabot, bear the responsibility for the unrests are swept under the proverbial carpet. Like any other regime, genuine public outcry is suppressed by violence, murders, and suppression.

The government responded to the outpour of public resistance with brute forceful killings of Pamir informal leaders, imprisoning political oppositions who want representation in governing Tajik affairs while claiming the unrests are ‘terrorists’ attempting to overthrow the government.

The loose coalition of informal leaders, consisting of all minority factions and professionals are today either in jail, in exile, or killed. But the campaign of intimidation reaches beyond the borders of Tajikistan.

For example, Sherzod Mamadjonov is a citizen journalist based in Germany. Mamadjonov’s medium is YouTube, a platform he uses to talk about the infringement of religious freedoms in Tajikistan.

The Tajik Interior Ministry threatened his mother and suggested that the journalist will be returned to Tajikistan by force. This is not the first time of copycat renditions, often with the help of the Russian Federal Security Service, the FSB.

With a population of about 9.7 million, Tajikistan’s critical resources are missed in Brussels and Washington but not in Tehran, Beijing, and Moscow. Tajikistan is rich in mineral resources that attracts the resource drivers from China, Turkey, and Iran. The regime must maintain a sense of stability under all costs if it attempts to attract foreign investment.

In 2016, exports of mineral resources were estimated at USD$307.2 million, which grew 34.2 per cent compared to 2015.  Exports of mineral products totalled USD$239.1 million, including lead, zinc, antimony, copper, and silver concentrate.

The Rahmon regime’s hold on power is set in violence, intimidation, and brutal force. The wealth accumulation by the family ties of the regime provides riches beyond imagination.

But not everything is rosy. The 2001 famine still looms over the country with the regime holding onto power. In 2014, a USAID report suggested that 676,852 of the Tajik population were at risk of Phase 3 (Acute Food and Livelihoods Crisis) food insecurity, and 3,300 were at risk of Phase 4 (Humanitarian Emergency). Those with the highest risk of food insecurity were living in the remote Murghob district of GBAO. Food insecurity is policy double-talk for starvation.

Recent reports of a possible outbreak of the deadly Langya virus looms over the regime are adding to the insecurity in Tajikistan. And as usual, if the politicians fail and the economy is near collapse, blame needs to be assigned.

In the case of Tajikistan, the blame falls on the Pamiri community, a long-time thorn in the side of the Rahmon regime.

A conflict zone since the collapse of the Soviet Union, the heartfelt cause of the Pamir minority’s is to gain autonomy and self-determination but as part of Tajikistan.

The regime has arrested most of its leaders, such as groups like Group 24 which is now banned, and the dismantled Commission 44.

Manuchehr Kholiknazarov and Faromuz Irgashev, civil activist Muzaffar Muborakshoev, Khursand Mamadshoev (brother of the arrested journalist and activist Ulfathonim Mamadshoeva) amongst others have been put behind bars. Others were murdered.

Under pressure from such groups, the Tajik authorities issued a statement in which they promised to objectively investigate the murder of Gulbiddin Ziyobekov and punish those responsible.

Ulfathonim Mamadshoeva, whom the authorities accuse of organizing mass riots, and other informal leaders of Badakhshan is now facing 18 years imprisonment. Mamadbokir Mamadbokirov, one of the most authoritative leaders of GBAO, was among the killed by what is claimed were units from the regime.

The bottom line for the regime is the recognition that all dictatorships are limited to the lifespan of the dictator. Spain, Germany, the Soviet Union, and Tajikistan have one thing in common. Once the dictator is dead, the regime end of life cycle starts.

And like any other dictatorship the Tajik regime cannot outkill itself from the greed, the corruption, and the injustice its power pockets have created. Scores will be settled when the wind of change blows, said a member of Commission 44 in hiding.