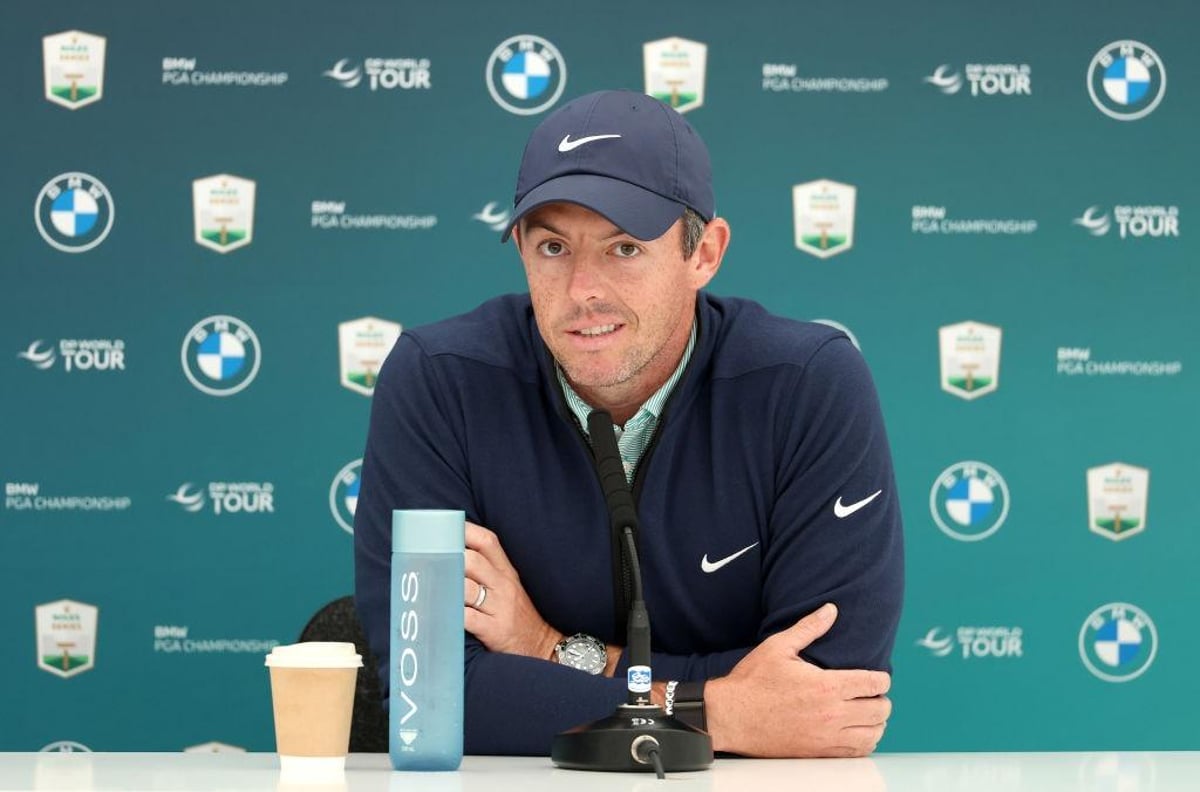 As the dust settled on an extraordinary press conference by Keith Pelley, the European Tour Group’s chief executive, at Wentworth, Rory McIlroy admitted friendships had been ruined by defections to LIV Golf. An emboldened McIlroy took withering swipes at Sergio García, Lee Westwood, Ian Poulter and any LIV rebel who may contend at this weekend’s PGA Championship. Pelley had earlier castigated “the LIV propaganda machine”. Golf’s civil war shows no sign of abating.

McIlroy has been staunch in his defence of the PGA and DP World Tours against the Saudi-backed series, which now includes three of his Ryder Cup teammates. When asked whether his relationship with García, Poulter and Westwood can survive, McIlroy replied: “I don’t know. I have no idea. I wouldn’t say I’ve got much of a relationship with them at the minute. But if you’re just talking about Ryder Cup, that’s not the future of the Ryder Cup team.

“They have played in probably a combined 25 or 30 Ryder Cups. These 10 cards going to the US [qualification for the PGA Tour from the DP World Tour every year] and preparing guys to play at the top level of professional golf; that’s the future of the Ryder Cup, the [Rasmus] Højgaards, Bobby Mac [Robert MacIntyre], whoever else is coming up. They are the future of the Ryder Cup team. That’s what we should be thinking about and talking about.

McIlroy was deadpan when asked if there could be a route back to traditional tours for LIV converts. “They can always go through Q-School, yeah,” said the Northern Irishman.

McIlroy reflected on the “novelty” of 15 LIV golfers appearing for a potential 72 holes at Wentworth given the three-day nature of their new domain. He was questioned over whether there would be more incentive to win here should he find himself in final round battle with a LIV player. “I’ll be trying to win a golf tournament regardless,” said the 33-year-old. “They are going to be pretty tired on Sunday; it will be the fourth day.”

Pelley has largely kept his own counsel on LIV matters. How that changed on Wednesday. Having hit out at “irrational and ludicrous comments on social media” an impassioned Pelley said: “As I said to our partners and sponsors on a Zoom call last week, it is easy to get dragged down by the LIV propaganda machine, churning out negative news stories and misinformation about the poor state of the traditional golfing world, including our tour. It’s just not right. And let me make this perfectly clear; nothing could be further from the truth. We are in excellent shape and set to get even stronger.”

There have been suggestions Pelley walked away from a $1bn deal to partner with the Saudis. “There’s only one word to describe that claim and that is ‘fictitious’,” added the chief executive. “You can ask any member of our board of directors, and they will unanimously confirm that it was not an offer, it was not a deal, it was merely a marketing presentation put together on behalf of Golf Saudi.”

Pelley also took aim at García after the Spaniard had said the DP World Tour “is going to become the fifth best in the world”. Pelley clearly does not accept that. “One of our members who is playing here this week actually said that,” he remarked. “It’s unbelievable.

“Let’s look at the facts. If the metrics determining the top tours in the world is just money, then the No 1 tour is the PGA Tour. Always has been. You could argue that the LIV Invitational Series is No 2. But the Asian Tour, $22.5m Korn Ferry, $20m, Japan, $28m, Australia, $5.8m, Sunshine Tour, $7.4m. Totalling all their prize funds together comes to just half of our tour. So even if the only metric is money, how possibly could we ever become No 5?” Pelley, having brought playing opportunities, broadcast partners and national reach into the same debate. “Yet one of our players said we are on the way to being No 5. Wow.”

A number of LIV golfers believe they should be allowed to compete in that series as well as the DP World or PGA Tours. “I don’t believe it’s OK to break the rules and regulations without consequences,” Pelley argued. He has a key ally in McIlroy.