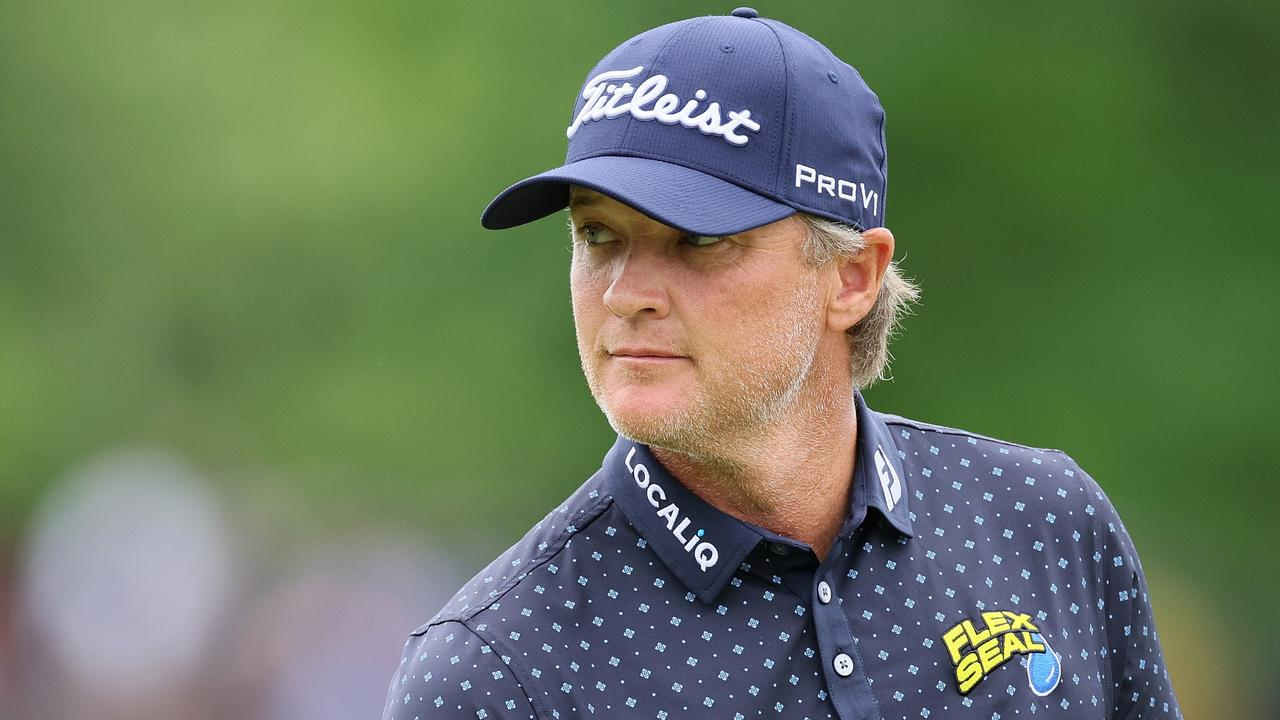 World No.1 Rory McIlroy can’t make up his mind on LIV Golf according to an original Aussie convert.

Defending Australian Open champion Matt Jones has teed off at the constant critics of LIV Golf and its converts, including world No.1 Rory McIlroy, declaring they have “no idea” about each player’s circumstances in joining.

Jones was one of the first players to sign with Greg Norman’s controversial Saudi-backed league and also party to a failed lawsuit in August that attempted to challenge the playing ban imposed by the PGA Tour after they joined LIV.

The 42-year-old had qualified for the lucrative PGA Tour playoffs but was denied his chance to compete as anti-LIV sentiment grew and players who joined were viewed as rebels and accused of being a party to “sportswashing” for the Saudi government that funds LIV.

Jones conceded things had “quietened down” since that tumultuous period, where McIlroy championed the PGA Tour cause and continued to take shots at Norman. Most recently McIlroy even suggested it was time the two groups should get to the negotiating table, albeit minus the Australian legend.

That change in stance didn’t go unnoticed by Jones, who said he remained comfortable with his move and offered some choice words for anyone who continued to play the critic.

“It was very negative at the beginning,” Jones said after returning to Australia for the time since his Open victory in 2019, the last time the event was played.

“I’m pretty sure all the lawsuits that are going on right now have quietened things down on both sides.

“I mean, Rory likes to say one thing and say another thing. He likes to change his tune every so often.

Jones is adamant his pursuit of a temporary restraining order to get into the PGA Tour playoffs was valid, and his part in ongoing lawsuits “makes no difference” to the state of play.

“I was in at the beginning to try and play the (PGA Tour) playoffs, which I thought I’d earned the right to. I wasn’t taking a spot from anyone,” he said.

Jones conceded the mid-year addition of world No.3 and reigning British Open champion Cameron Smith to LIV’s ranks “definitely helped” soothe the levels of animosity towards the so-called rebels that included former world No.1 Dustin Johnson as the biggest first signing.

“When they came over I was very happy,” he said.

“I had no expectations of when it would be or if it would be accepted. But when our names originally came out and I saw DJ’s name associated with it, because I don’t think anyone had any idea that he was coming, I was very comfortable because I knew he was going to pull other players.

“The quality of golfer that he was, for them to see him come over. I think that was a big get for LIV and for the future years coming.”

Jones said he had experienced no issues on his return to Australia, that he was planning to come home regardless of any anti-LIV sentiment, and was content with his move despite the backlash.

“I play golf for a living. I was always coming back here,” he said.

“I was always trying to play the PGA Tour when there was anti-LIV. I didn’t care about that.

“I mean, it is what it is. I play golf for a living to make money and provide for my family and that’s what I’m doing.”