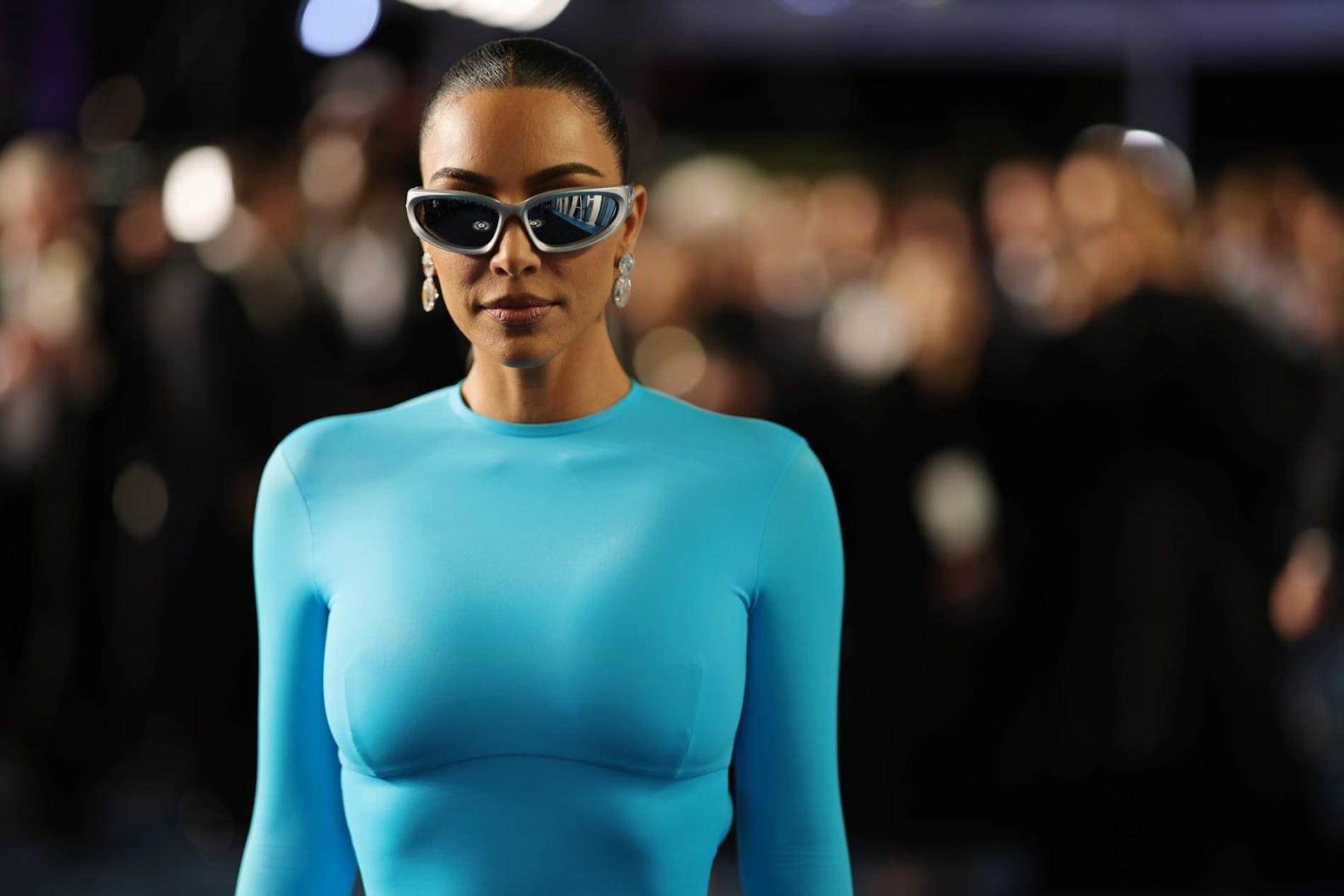 Kim Kardashian has flaunted her figure in a new Balenciaga ad, but fans were left confused.

As she worked the camera and showed off her backside, a body part seemed to be completely missing.

Kim rocked a body-hugging baby blue gown from the fashion brand on Wednesday.

Her dress covered her arms and hands with sleeves and had large cutouts in the back, exposing her skin.

She paired the ensemble with a black handbag and silver sunglasses, and her bleach-blonde hair looked lightning-struck in the wind.

The SKIMS founder put her rear end on full display as she gazed over her shoulder – but fans noticed something odd.

The intense setting of the photo showed Kim appearing to walk on top of the ocean below a stormy sky.

But while her dress was completely above the surface, her feet were nowhere to be seen.

Only one leg in a black legging was showing and it cut off at her ankles – the shadows on the image did not imply her feet were under the water.

Another knocked: “The dress and bag don’t match. Where are her feet? Why are you wearing that in a storm? This is stupid.”

“Lol what in the cut and paste hell is this?” wondered a third.

Kim has faced gossip about whether she received butt implants after fans noticed a dramatic change in the appearance of her behind.

The beauty mogul finally admitted in 2016 to getting her butt cosmetically enhanced – but said she had cortisone shots to treat a skin complaint.

Recently, fans shared a theory that Kim used her weight loss for the Met Gala to hide the removal of her rumored butt fillers.

The Hulu star bragged about losing 16lbs for her Marylin Monroe Dress at her 2022 Met Gala dress.

But either way, the star’s online presence has fans floored – she is regularly slammed for photoshopping, even her own children.

While on vacation with her now ex-boyfriend Pete Davidson, he filmed her slowly walking into ocean water wearing a black bikini.

Fans noticed that Kim’s belly button appears to “disappear” before coming back again – which is a tell-tale sign of editing.

Another wrote: “Damn she lost so much weight the belly button just straight disappeared did y’all see that?!”

Kim previously infamously admitted she had replaced her sister Kylie Jenner‘s daughter, Stormi, with her other sister, Khloe Kardashian‘s daughter, True, in snaps at Disney to fit her Instagram “aesthetic.”

She also of course is regularly caught editing herself in simple images.

This week a TikTok user went viral having caught Kim cropping half her neck out of an Instagram snap while sipping a drink.