Israel and Russia: it’s coming together 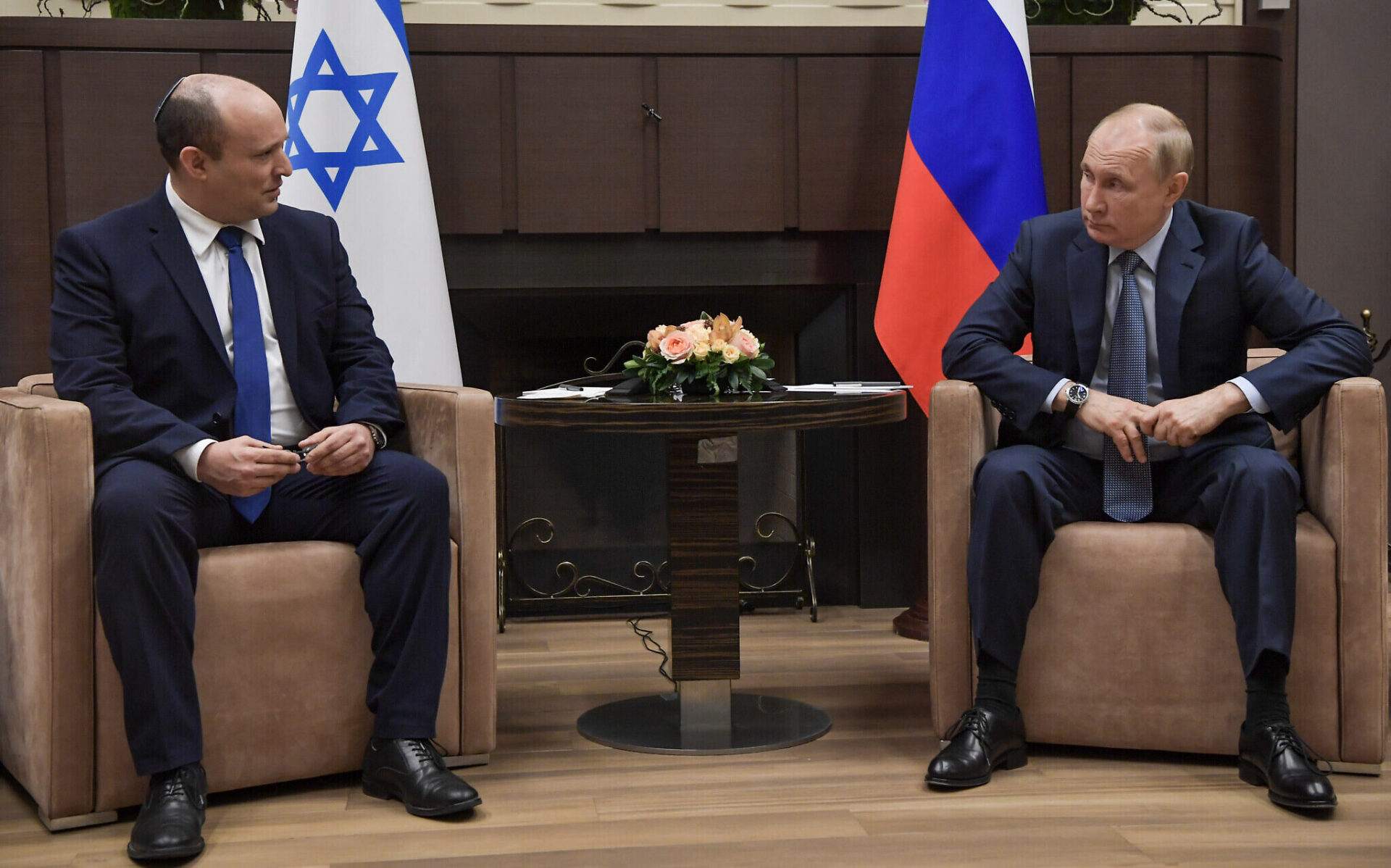 Israel’s prime minister  Naftali Bennett was in Moscow Saturday, 5 March 2022. He was at the Kremlin to meet with Russia’s president Vladimir Putin. After a 3 hour meeting, Bennett headed to Berlin to meet German chancellor Olaf Scholz.

If you’re wondering why you haven’t heard much comment about this in the western media, it’s probably because they are trying to work out how to spin the fact that Israel is directly mediating with the Russians with a mandate from Ukrainian president Volodymyr Zelenskyy while Biden continues to dither.

Why Israel, you may ask? Well, let me give you some background information that’s not in the spotlight in 10 points:

If none of this seems to make sense given the prevailing narrative, let me offer some thumbsuck insights based on anecdotal evidence.

I believe Israelis remember more history than people do in most western countries. As such, they are genuinely grateful to Russia’s Red Army for defeating the Nazis in World War II. This means that Putin inherits a halo effect as a result and many Israelis appear to like him.

World War II is also the reason Israelis don’t like Ukraine. More than 1 million Jews were murdered by death squads in Ukraine. More than 100 000 Ukrainians joined these death squads. The Simon Wiesenthal Center says  Ukraine has never conducted any investigation into such war criminals, nor prosecuted any holocaust perpetrator .

When the Germans invaded the USSR in 1941, many  Ukrainians welcomed the invaders with Nazi flags and banners. The United States Holocaust Memorial Museum  has detailed  the collaboration of the local Ukrainians in the systemic murder of Jews and Roma.

Lest you accuse me of spouting Russian propaganda around this, let me quote  this report from msn.com :

Ukraine has in recent years erected a glut of statues honoring Ukrainian nationalists whose legacies are tainted by their indisputable record as Nazi proxies. The Forward newspaper cataloged some of these deplorables, including Stepan Bandera, leader of the Organization of Ukrainian Nationalists (OUN), whose followers acted as local militia members for the SS and German army. “Ukraine has several dozen monuments and scores of street names glorifying this Nazi collaborator, enough to require two separate Wikipedia pages,” the Forward wrote.

Another frequent honoree is Roman Shukhevych, revered as a Ukrainian freedom fighter but also the leader of a feared Nazi auxiliary police unit that the Forward notes was “responsible for butchering thousands of Jews and … Poles.” Statues have also been raised for Yaroslav Stetsko, a one-time chair of the OUN, who wrote “I insist on the extermination of the Jews in Ukraine.”

Far-right groups have also gained political currency in the past decade, none more chilling than Svoboda (formerly the Social National Party of Ukraine), whose leader claimed the country was controlled by a “Muscovite-Jewish mafia” and whose deputy used an antisemitic slur to describe Ukrainian-born Jewish actor Mila Kunis. Svoboda has sent several members to Ukraine’s Parliament, including one who called the Holocaust a “bright period” in human history, according to Foreign Policy.

Just as disturbing, neo-Nazis are part of some of Ukraine’s growing ranks of volunteer battalions. They are battle-hardened after waging some of the toughest street fighting against Moscow-backed separatists in eastern Ukraine following Putin’s Crimean invasion in 2014. One is the Azov Battalion, founded by an avowed white supremacist who claimed Ukraine’s national purpose was to rid the country of Jews and other inferior races. In 2018, the U.S. Congress stipulated that its aid to Ukraine couldn’t be used “to provide arms, training or other assistance to the Azov Battalion.” Even so, Azov is now an official member of the Ukraine National Guard.

So, when Putin speaks about striving for the “denazification of Ukraine”, he’s not being inaccurate. Remeber Russians have every reason to loathe the Nazis as much as Jews do. The Nazis wiped out 6 million Jews, while Russia lost 20 million people defeating the Nazis.

That’s why we should forget what we are being spun in media narratives. There’s far more going on behind the scenes than we are being told. And all of that points to the US being on the wrong side of history.