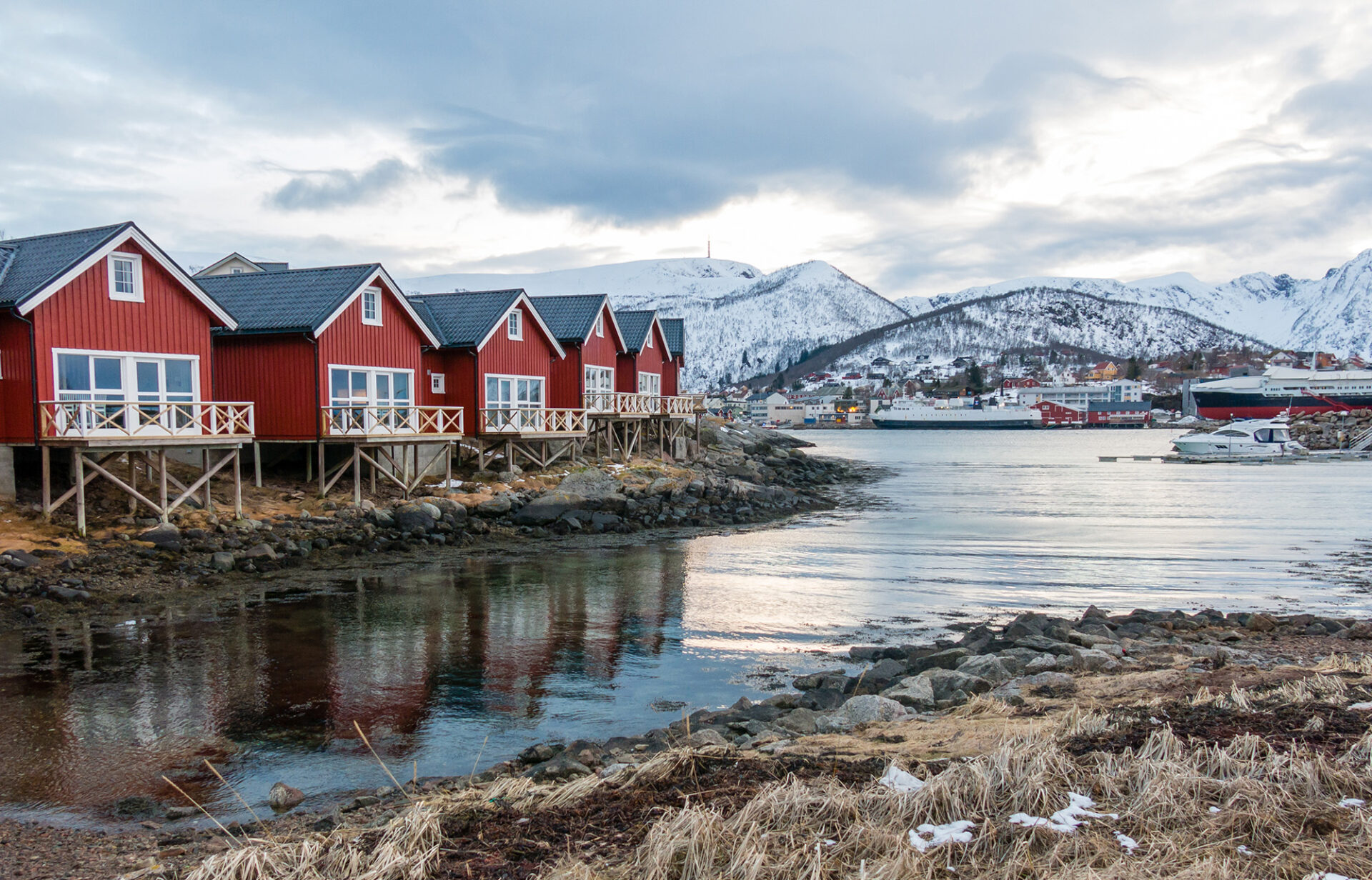 For all the recent talk that Russian President Vladimir Putin might use nuclear weapons to hold onto Ukrainian territory, Russia may have already begun hybrid warfare against Norway and northern Europe, especially Germany, to exploit Europe’s energy needs over the coming winter.

This seems the most probable explanation for an unlikely combination of two recent events: sabotage on September 26 against undersea gas pipelines from Russia to Germany, which received widespread publicity, and drones buzzing Norwegian offshore oil and gas platforms a week earlier, which got little publicity but was potentially far more threatening. The West, including the United States, now needs to begin immediate countermeasures focused on defending Norwegian and northern European energy infrastructure against a possible hybrid “Winter War.”

“Hybrid warfare” is particularly dangerous and effective because it combines conventional, economic, and political warfare, using cyber-attacks, information operations, attacks on critical infrastructure, diplomacy, and interference in elections. This winter, hybrid warfare has the potential to break the transatlantic alliance’s support for Ukraine and set the stage for a Russian victory in 2023.

The more publicized of the two recent episodes involved two explosions at the bottom of the Baltic Sea that ruptured the Nord Stream 1 and 2 gas pipelines. Both gas pipelines were idle, so only a relatively small amount of methane, a potent greenhouse gas, bubbled up from the shallow seafloor. Seismic equipment detected the sonic fingerprint of the two explosions prior to gas erupting on the surface. The willingness of US National Security Advisor Jake Sullivan the next day and US President Joe Biden four days later to call the explosions “sabotage” suggests US intelligence believes Russia was responsible, but that the United States is looking to an investigation to prove Russian responsibility without jeopardizing US intelligence sources and methods.

Much less publicized, but more ominous, were a series of drone flights very close to Norwegian oil and gas platforms in the North Sea that Norwegian industry sources first noted one week before the Nord Stream undersea explosions. The local Stavanger Aftenblad newspaper reported that unidentified drones were observed at six offshore facilities of Norway’s largest oil and gas producer, Equinor, and three facilities operated by other companies. As reported mostly in the trade press, Norway’s Petroleum Safety Authority urged companies to be vigilant, noting that unauthorized drone flights within 500 meters of an offshore platform are illegal and will be investigated. Then, late last week, Norway clamped down on industry sources disclosing further details.

Unauthorized drones pose obvious threats to offshore oil and gas facilities. Norway’s offshore facilities frequently use helicopters and a midair collision could kill dozens. Even a hobbyist drone could collide with a platform’s sensitive equipment, causing a production shutdown. A weaponized drone could cause a catastrophic explosion and fire, potentially killing anyone on the platform, causing a massive spill, and disrupting production for months.

Almost all the Norwegian oil and gas platforms buzzed by drones are beyond the range of coastal hobbyists. To fly a drone over facilities so far from land requires satellite navigation and control systems along with a skilled operator capable of launching and retrieving a drone from a boat or ship at sea. To operate drones repeatedly over a wide expanse of ocean, at least nine times according to press reports, suggests something far beyond idle curiosity. Drones have been reported across the Norwegian continental shelf by numerous platform operators from as far south as the central North Sea to northern parts of the Norwegian Sea. This is a strong indication that the recent drone sightings are not random incidents.

Russian fishing boats are a frequent sight in the North Sea and Russia has a long history of using trawlers and research ships for intelligence collection. One British First Sea Lord called this “fishing for secrets.”

Putting the incidents together suggests a more ominous purpose. If drones are being flown from Russian vessels, it demonstrates to oilfield operators and governments that Norway’s offshore platforms are at risk. If confirmed, Russia sabotaging its own (idle) Nord Stream gas pipelines would demonstrate that Norway’s gas pipelines to Europe are also at risk from similar Russian sabotage, and that Russia is willing to use covert capabilities, regardless of any environmental consequences.

If Norwegian oil and gas deliveries to Europe are cut off this winter, prices would skyrocket and the impact would be felt worldwide, including in the United States. More importantly, there is no way northern European governments, already struggling to replace Russian gas, could replace lost Norwegian gas. Repairs would take months. European governments would be forced to choose which homes, businesses, and factories to let freeze. Putin may believe that popular sentiment would push NATO governments, especially Germany, to pressure Ukraine into accepting peace on Putin’s terms, allowing him to keep the Ukrainian territory he now considers Russian.

First, just as the United States and the United Kingdom exposed Russia’s plans for “false flag” operations in February, the United States and NATO allies need to release the truth behind the sabotage of the Nord Stream pipelines, including declassifying intelligence required to make the case against whoever was responsible.

Second, NATO naval forces, including the US Navy, should be publicly deployed to guard offshore oil and gas platforms and pipelines that supply gas to Europe. Third, the United States, Norway, and NATO should publicize Russian ship movements, even submarine movements, and radar tracks of any drone flights from Russian vessels or drones that fly near offshore oil and gas facilities and pipelines.

The best way to deter or reduce the political and economic effects of Russian hybrid warfare this winter is to expose what Russia is doing, starting now. An act of sabotage against Norway’s offshore oil and gas facilities that can be directly, quickly, and publicly attributed to Russia would be an act of war against NATO, and that is something Putin should not want to risk.