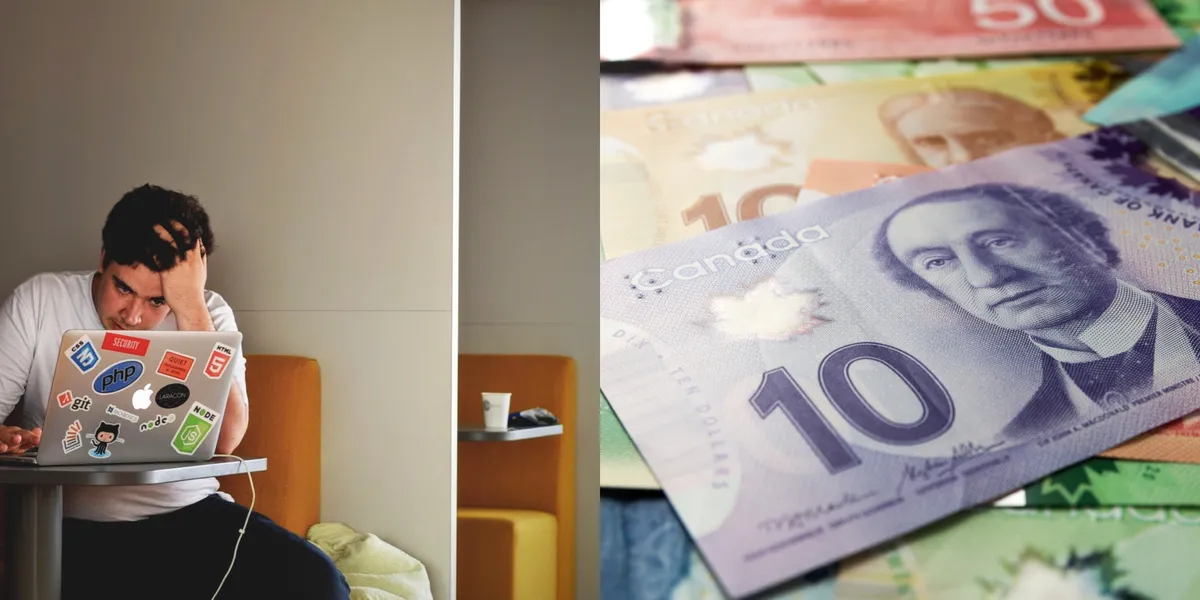 It was like a hostage phone call you see in movies. The man who rang Ilene Lawson’s landline had her full attention as soon as she answered.

Her granddaughter was in danger, he said. In mere moments, Lawson was desperate to help save her.

The Mississauga woman nervously listened to the man’s story. He explained that Lawson’s granddaughter had been in a car accident.

When police subsequently examined the vehicle, the man continued, they discovered a loaded gun in the trunk.

Her granddaughter was in custody and facing legal jeopardy as a result, he earnestly emphasized.

The man went on to tell Lawson if she paid a $10,000 bond, her granddaughter could be released. But he warned she had to keep quiet about their conversation for 72 hours. A gag order, he said.

The story was a complete lie.

Lawson, who indeed has a granddaughter in university, was being set up by organized criminals poised to take her money. And two Canadian banks were going to make that rip-off very easy.

“What was happening? I was really scared,” Lawson said, wiping back tears, choking with emotion as she recounted what happened on Sept. 28.

It’s known as the Grandparent Scam.

All that matters to the thieves is the money: creating a scenario that hooks the listener into believing someone close to them is at risk and needs their financial help right away.

In early November, two Quebec men were arrested for an attempt to defraud a 94-year-old man from Hamilton. The man was told his grandson had been arrested for having a large quantity of drugs in his vehicle. In that case, thieves sought a $120,000 bond. The man paid a portion of the amount sought.

In September, Calgary police arrested and charged three suspects in relation to numerous grandparent scams. One suspect was caught in the act by officers.

According to police, one person was defrauded of almost $300,000.

Fraudsters call prospective victims with similar scripts. They count on reaching someone with a grandchild, or someone with memory issues.

In Lawson’s case, the 81-year-old has a close relationship with her family, she says. The idea that her granddaughter could be in trouble had her engaged.

“It was the worst trauma I experienced in my life,” she explained.

Once convinced she needed to raise $10,000, Lawson went to a branch of the Royal Bank in Mississauga and asked for the money. She says she was only able to obtain half that amount. The bank didn’t have more cash on hand, she said.

Next, she says she went to a TD Bank branch in the same shopping mall. There, she withdrew the other $5,000 in cash.

Lawson says staff members at neither branch questioned her about the purpose of the withdrawal. She had not asked for large sums of cash in the past, she said.

“Never, at either bank,” Lawson said, adding she had never before withdrawn more than $500 in cash and was a traditional walk-in bank customer.

Both banks are members of the Canadian Bankers Association which has established a voluntary Code of Conduct for what it calls the Delivery of Banking Services to Seniors.

The Code calls on banks to “endeavor to mitigate potential harm to seniors” and to train staff members on “financial abuse, fraud and scams.”

In a statement about the Lawson case, the CBA said staff members are trained “to ask probing questions if a customer makes an usual transaction” according to Mathieu Labrèche, director of media strategy and communications for CBA.

The Royal Bank told Global News via email that “it can be a difficult and stressful situation” for victims of financial fraud.

Edith Galinaitis, senior director of communications for RBC, said Lawson’s case was “escalated internally” after Global News raised the case with the bank.

Ian McColl, manager of corporate and public affairs at TD Bank, said the bank is “sorry to hear about Ms. Lawson’s circumstance”.

While the bank would not confirm it, TD returned $5,000 to Lawson’s account after Global News raised her case with the bank. Ms. Lawson and one of her sons confirmed that the bank had returned the funds.

After Global News contacted RBC to report that TD had returned Lawson’s money, RBC also returned the $5,000 to her account.

Beyond the financial loss, Lawson emphasized that the ordeal was traumatic.

“They violated me, violated my trust,” said Lawson.

“They stole my state of mind, my confidence. I don’t seem to trust anyone anymore.”

After the ordeal, she and her family wanted to help bring attention to the scam to benefit other seniors and their families who could be placed in a similar situation.

Fraud victims usually do not come forward to the media for various reasons, often out of embarrassment.

“I want to protect other women. Maybe that’s my mission in life.”

If consumers believe they’ve fallen victim to a scam or fraud they should report it immediately to their financial institution, the police, and the Canadian Anti-Fraud Centre.