BTS Teases RM’s Photography Book ‘Me, Myself, and RM: Entirety’ 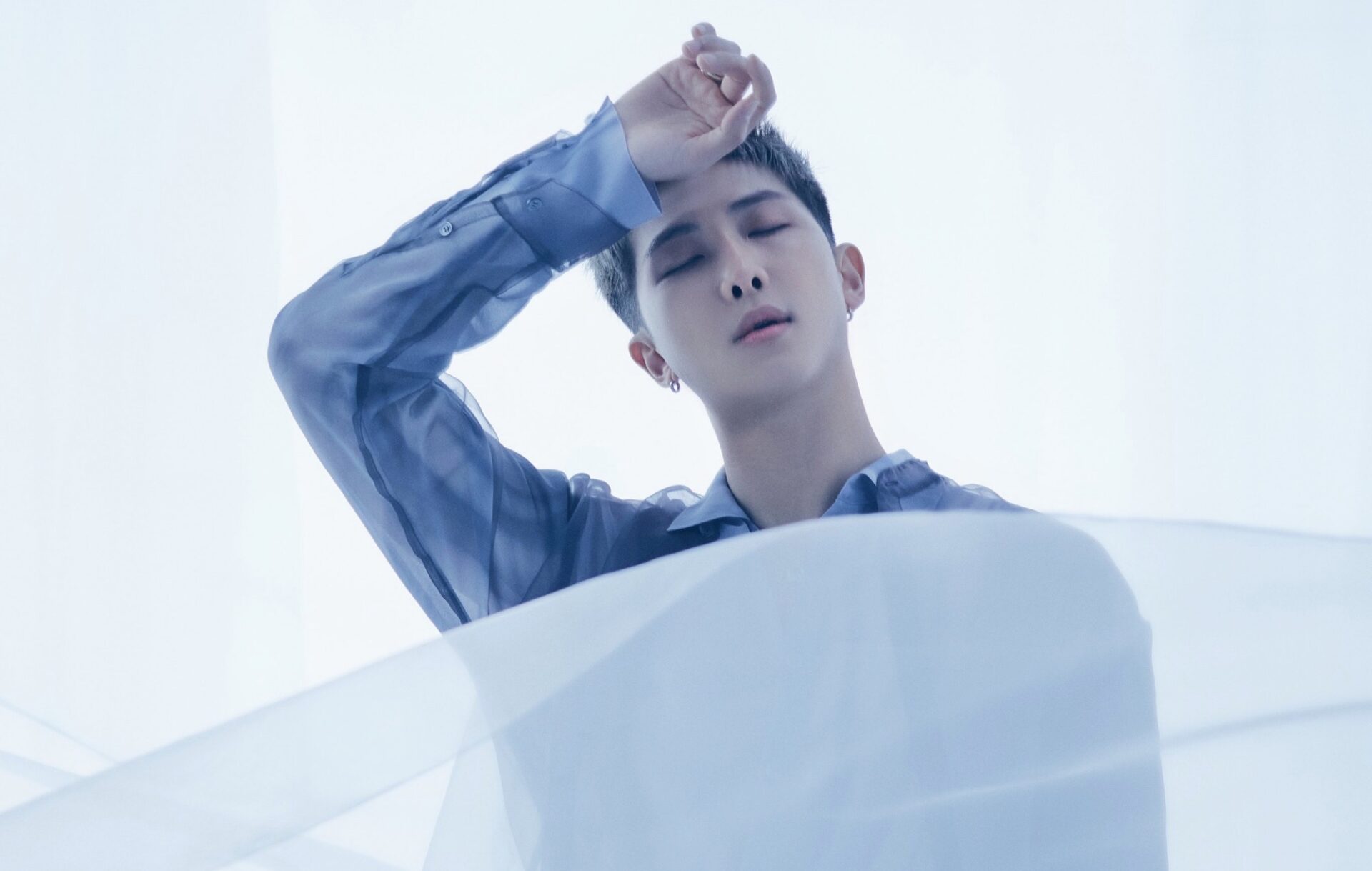 Get ready, ARMY, because RM has a new project on the way. On Friday (Aug. 19), BTS announced his forthcoming book of photography, Me, Myself, and RM: Entirety.

Without sharing a release date for the project, the K-pop group unveiled three previews from the self-described folio along with the announcement. The first features the title of the book against a bright blue sky littered with clouds while a taut white bedsheet stands in the grass below. In the second, the title is written in wide, white block letters over a black-and-white space showing off a modern art exhibition. And the third is lit in sepia tones, the idol’s profile visible against a backlit entryway.

However, it’s the middle photo that caught the eye of most fans, who went rampant with speculation about the possibility of Easter eggs hidden in the shot — namely, a pile of books discreetly stacked atop a chair at the frame’s center. “WHAT IS THIS,” one demanded in a direct reply to the announcement tweet, zooming in on the spines of the three hardcover titles. Another queried, “DID HE WROTE HIS OWN BOOKS[?]”

Several fans made guesses that the titles of the books had to do with upcoming releases from the K-pop seven-piece. “Next BTS album: Neutral, Next RM album: rkive,” one member of ARMY surmised, according to the top two books in the stack. Of course, BTS is currently taking time to pursue individual projects like J-Hope‘s debut solo album Jack in the Box.

The photography book follows RM’s solo trip to Switzerland, where he attended his very first Art Basel. In a vlog of the adventure posted to BTS’ official YouTube channel, the Korean rapper can be seen taking in the annual international art fair, where he happened to find a chair designed by another Chris Martin and gave his “My Universe” collaborator from Coldplay a fun shout-out in the process.

The rapper isn’t the only member of BTS with a photo book on the way. Jung Kook has been teasing his own photography tome, titled Me, Myself and Jung Kook: Time Difference. In photos promoting the book, Jung Kook goes for a vampire theme, with the star pictured with blood-red lips and pale skin.

Get a sneak peek at RM’s photography book below.