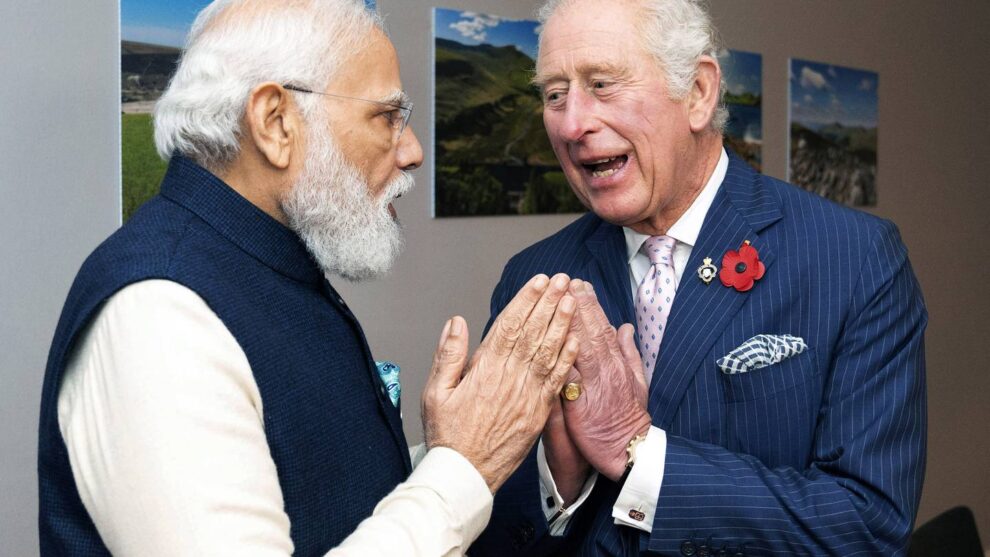 Leaders exchange views on Commonwealth of Nations and ways to further strengthen its functioning.

Taniya Dutta writes in her article that Indian Prime Minister Narendra Modi and the UK’s King Charles III discussed climate change, biodiversity conservation and other subjects of mutual interest in a phone call on Tuesday.

It was the first call since the British monarch, 74, ascended the throne in September after the death of his mother Queen Elizabeth.

The prime minister also appreciated the king’s “abiding interest and advocacy” on crucial issues such as climate action, conservation of biodiversity and innovative solutions for financing energy-transition.

“A number of subjects of mutual interest were discussed during the call,” the Indian Foreign Ministry said.

Mr Modi also briefed King Charles on India’s priorities for its G20 presidency, including the rapid growth of public digital infrastructure to eliminate the digital divide.

The South Asian nation officially assumed the presidency of the G20, an intergovernmental forum of the world’s major economies on December 1.

“He also explained the relevance of Mission LiFE — Lifestyle for Environment, through which India seeks to promote environmentally sustainable lifestyles,” the ministry said.

The leaders also exchanged views on the Commonwealth of Nations and ways to further strengthen its functioning.

The Commonwealth of Nations is a political association of 56 member states, the majority of which are former territories of the British Empire.

India is the largest member state of the Commonwealth with nearly 60 per cent of the total population of the association.