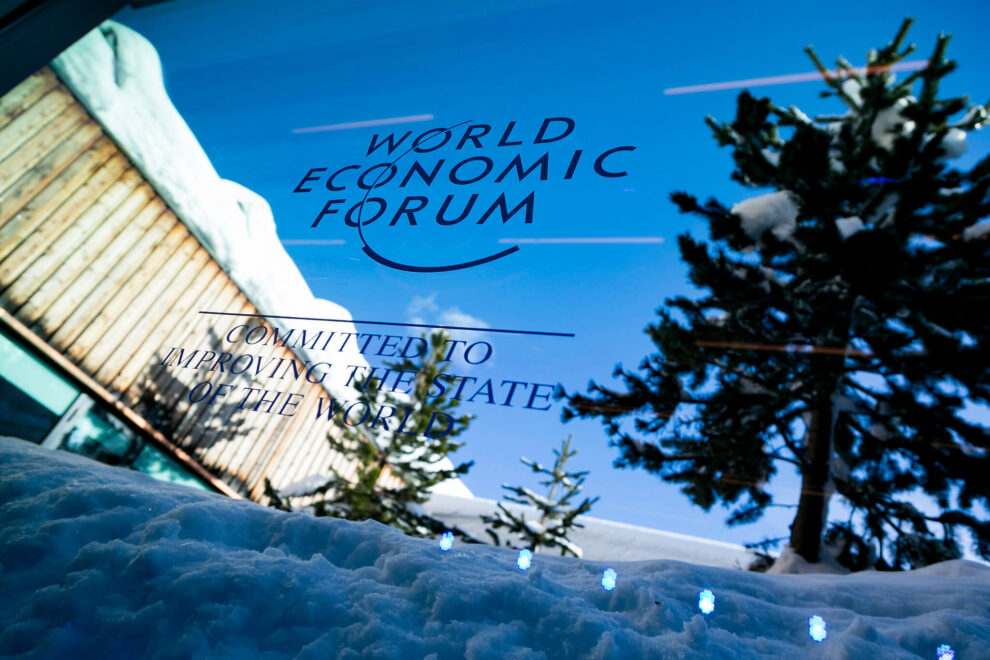 Top politicians and world business leaders are set to meet for the annual Davos summit in the Swiss Alps next week under the shadow of war in Ukraine, a climate crisis and global trade in disarray.

For half a century, the World Economic Forum has brought together executives and policymakers to sing the praises of globalisation, but that process is seen as unwinding as new geopolitical fault lines harden around the world.

The Covid-19 pandemic, growing US-China hostility and Russia’s invasion of Ukraine have led some politicians and experts to even speculate about “an end to the era of globalisation”, which began in earnest in the decade after the first Davos meeting in 1971.

The agenda for this year’s meeting in the snow-deficient Alps, starting next Monday, reflects this gloomy reality.

“The theme of the meeting is ‘cooperation in a fragmented world’,” executive chairman and founder of the WEF, Klaus Schwab, told journalists this week.

German Chancellor Olaf Scholz and UN chief Antonio Guterres are among the most prominent figures attending the forum, alongside nearly 400 government ministers and policymakers, 600 CEOs and an array of media, NGO and academic figures.

One session will discuss whether we are living through “de-globalisation or re-globalisation”, while others will ponder the impact of trade wars, real wars, the cost-of-living crisis and the planet’s heating climate.

“There’s no doubt that our 53rd annual meeting in Davos will happen against the most complex geopolitical and geoeconomic backdrop in decades. So much is at stake,” said Borge Brende, a former Norwegian foreign minister who is now president of the meeting.

Russia is not expected to be officially represented, underlining the sea change since 2021, when President Vladimir Putin addressed delegates via video link, or 2009 when he attended in person.

China has not yet announced its presence.

“There were a few years where there was a tone of hope that we would go back to the old normal, this sort of globalised world,” said Karen Harris, an economist at the consulting firm Bain & Company.

“I think there’s an acknowledgement now that that era is ending.”

The conflict in Ukraine and its cascading effects on global energy and defence policies will be a prominent theme throughout the five-day meeting.

It is expected to dominate the opening day on Tuesday as well as Wednesday, when NATO Secretary General Jens Stoltenberg takes the stage with Polish President Andrzej Duda, who argues for a more forceful Western response to Moscow’s invasion.

It is unclear if Ukrainian President Volodymyr Zelensky will give a video address as he did at last year’s meeting in May.

But several Ukrainian ministers, military leaders and soldiers will be among a large delegation that is expected to lobby for more weapons and financial support from the West.

Climate change has also been announced as a top issue, with organisers keen for discussion to help prepare the next round of global talks, COP28, that will take place in the oil-producing United Arab Emirates from November 30.

Activists are planning on using the meeting to remind rich countries and energy companies of the need to finance the energy transition of developing nations and pay for the damage caused by climate-induced natural disasters.

“Young activists will be reminding oil and gas executives of the bill they must pay,” Ugandan climate activist Vanessa Nakate said ahead of her third visit to the World Economic Forum.

A demonstration has been called in Davos on Sunday by a left-wing Swiss youth group calling for a wealth tax for billionaires and debt relief for developing countries.

Like every year, much of the most significant activity in Davos will take place behind closed doors in five-star hotels where CEOs and investors seize the opportunity for face-to-face deal-making and networking.

Critics of the meeting see the open sessions tackling global affairs as mere window-dressing for this backroom corporate speed-dating.

“In four days in a private suite they can do more business than they could do in several months of flying around the world,” said Peter S. Goodman, author of the recent book “Davos Man: How the Billionaires Devoured the World.”

He said the most important contribution Davos could make would be to push for global tax reform in an effort to reduce economic inequalities.

“The idea that these people, who are the ultimate beneficiaries of the status quo, are committed to improving the state of their world just looks like a greater absurdity than ever,” he said.