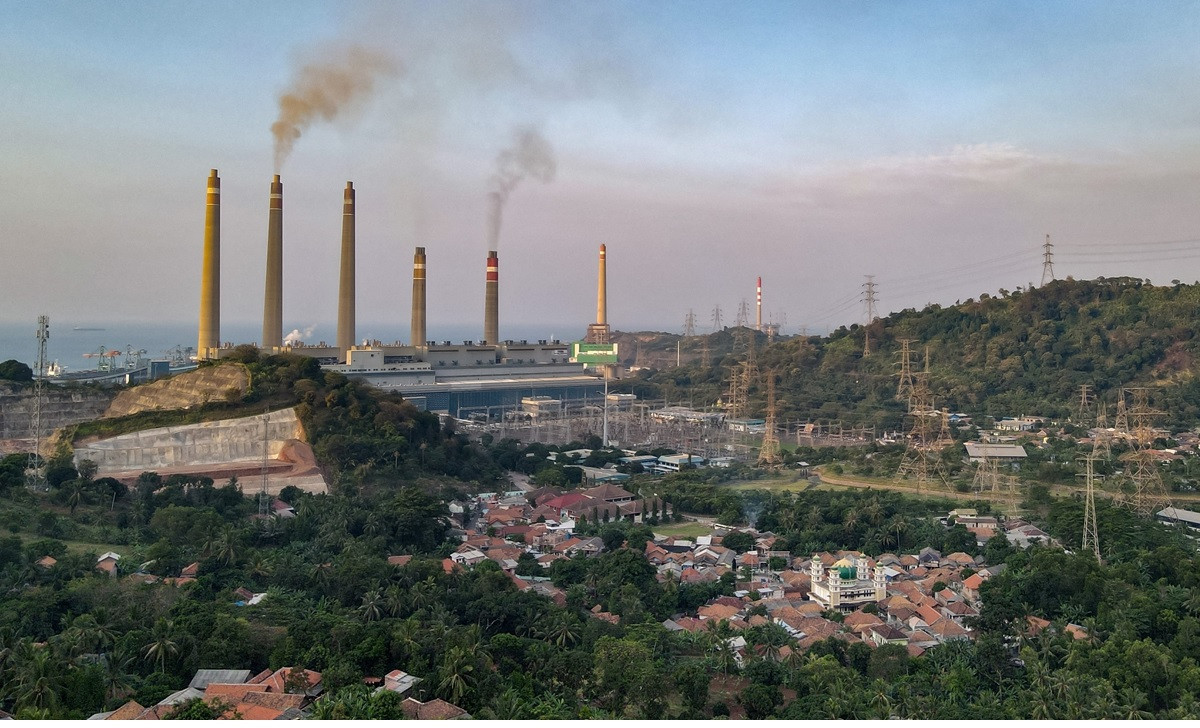 Indonesia has received pledges totaling US$20 billion from developed countries and global private lenders through the Just Energy Transition Partnership (JETP), led by the United States and Japan, to help the country retire its coal power plants, bringing forward the power sector’s peak emissions target to 2030 and achieving net-zero emissions by 2050. The JETP scheme is complemented by another global fund led by the Asian Development Bank (ADB) for Indonesia’s energy transition.

According to a US Treasury official, the Indonesia JETP, which had been more than a year in the making, “is probably the single largest climate finance transaction or partnership ever”. The scheme is based on the $8.5 billion JETP, led by the US, the United Kingdom and the European Union, for South Africa’s coal phase-out program, launched during last year’s COP26 climate conference in Glasgow.

Indonesia’s $20 billion JETP program comprises $10 billion in public sector pledges in the form of grants and concessional loans from multilateral development banks and the International Partners Group (IPG) coled by the US and Japan that also includes Canada, Denmark, the EU, France, Germany, Italy, Norway and the UK. The other $10 billion derives from the investments of private financial institutions coordinated by the Glasgow Financial Alliance for Net Zero (GFANZ), which includes the Bank of America, Citi, Deutsche Bank, HSBC, Macquarie, MUFG and Standard Chartered.

To access the loans, which are to be made available over a period of three to five years, Indonesia needs to develop a comprehensive investment plan to achieve its new targets. These include bringing forward the deadline of the power sector’s peak emissions target by seven years to 2030 and reducing its peak emissions target to 290 million tonnes of CO2 from a baseline value of 357 million tonnes of CO2. In addition, Indonesia has also committed to bringing forward the power sector’s net-zero emissions target by 10 years to 2050.

In addition to the JETP, Indonesia has also secured pledges from a group of development banks, private lenders and philanthropic institutions led by the ADB to buy up or refinance coal power plants for retiring them early, as well as to build renewable power plants under the Energy Transition Mechanism (ETM). The government has assigned PT Sarana Multi Infrastruktur (SMI) to manage the ETM country platform and coordinate the fund, though no pledges have been made under the mechanism to date.

Meanwhile, the government, the ADB and independent producer Cirebon Electric Power agreed on Monday to provide between $250 million and $300 million to refinance and prematurely retire the 660-megawatt Cirebon 1 coal-fired power plant in West Java as the ETM’s first project. The power plant is to be shut down 10 to 15 years before the end of its operating life of 40 to 50 years.

The government has targeted retiring a total of 33 coal-fired power plants with a combined capacity of 16.8 gigawatts and build renewable energy power plants of up to 700 GW to achieve its new Nationally Determined Contribution (NDC) targets in 2030 and net-zero emissions by 2060.

The new NDC target means Indonesia should cut carbon emissions independently to 1.95 billion tonnes CO2 by 2030 or to 1.62 billion tons with international assistance, compared to the 2.87 billion tonnes of CO2 it produces in a “business as usual” scenario.

Reducing the emissions the power sector produces by phasing out coal is crucial for Indonesia to achieve its new emission goals. With coal power plants supplying 65 percent of the country’s electricity, the power sector is one of the biggest contributors of CO2. According to state electricity company PLN, if the power sector continued with business as usual, it would produce 920 million tonnes of CO2 by 2060. But phasing out coal is expensive, and requires investments of between $500 billion and $600 billion to build 1,800 terawatts of renewable energy power plants by 2060.

A high-ranking official at the Ministry of BUMN told us that the financing issue is still an obstacle to accelerating or ending the operation of a coal-fired power plant.

The main reason is that the ETM method, which was touted during the G20 event, is doubtful that they can partake in the green financing industry. According to the official, there is a kind of dilemma among donors and funding agencies. They are worried that if they participate in financing the energy transition through the ETM scheme, they will also have to finance additional hydrocarbons. Conceptually, the goal is to reduce emissions. However, terms of the portfolio they will be making, they are considered as companies that participate in releasing emissions because they have financed the the coal-based power plant earlier, even though it’s for acceleration retirement.

On the other hand, the source added, not many countries have recognized ETM as part of the green taxonomy. That is why before the G20 Summit summit, Indonesia repeatedly stated that  ETM financing must be included in the green financing taxonomy. The PLN is said to have signed an agreement with PT SMI. The hope is that the country platform that is being built by Sri Mulyani can later become part of the green financing taxonomy. Another source said that PT SMI had doubts about their ability to manage ETM.

This source added that ahead of the summit in Bali, lobbying efforts were intensifying. The Indonesian government relies on ADB. As a multilateral agency, the ADB is considered capable of convincing other institutions and parties to accept the ETM platform as part of the green taxonomy. That is why Indonesia is pushing for the achievement of a joint communiqué at the G20 event. One of the things discussed in the joint communiqué is energy transition.

The debate also occurred when representatives from the G7 discussed JETP, which is funding for a just energy transition. “The United States is reportedly led directly by John Kerry,” he said earlier. Many doubt that the JETP scheme is purely designed to save the earth.  Moreover, the United States is suspected of carrying a special mission regarding business in the renewable energy sector. The American entrepreneurs who support JETP are those who have been supplying components for coal plants in Indonesia.

This content is provided by Tenggara Strategics in collaboration with The Jakarta Post to serve the latest comprehensive and reliable analysis on Indonesia’s political and business landscape. Access our latest edition to read the articles listed below:

G20 in Bali to collaborate to respond to global threats